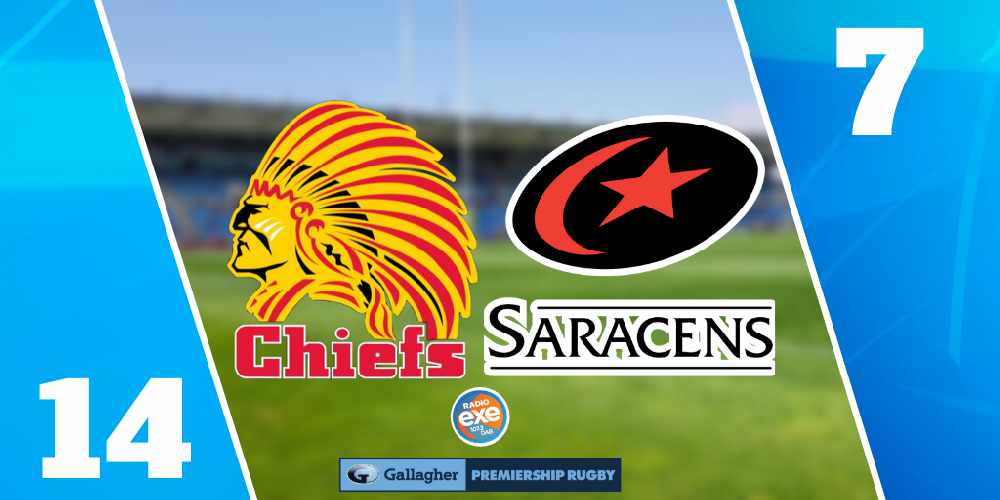 Exeter v Saracens has become one of the fiercest grudge-matches in world rugby. Today’s encounter was the first time the two sides have met since Sarries were docked 35 points for breaching the salary cap – which unfairly helped them beat Exeter in the two previous Premiership Finals.

However, this time out, Chiefs enjoyed their revenge and put on a show for their highest ever attendance at Sandy Park.

Nic White and Jacques Vermeulen scored converted tries to seal the win that puts Exeter top of the Premiership table heading into 2020.

Saracens, who named seven of England’s World Cup finalists in their starting 15, remain bottom of the league with minus 13 points.

After a nervy opening 10 minutes, with Sarries knocking on the door just five metres out, Exeter took an early lead. Saracens let the hosts off the hook after knocking the ball on inches away from Exeter’s try line. Seconds after winning the ball back Chiefs countered. Following another Sarries knock on, this time deep inside their own half, Nic White pounced and chased his own kick to score clinically in the corner. Joe Simmonds added the extras.

The sold-out Sandy Park crowd created a deafening atmosphere that shook Sarries as they continued to make mistakes - England fly-half Owen Farrell missed a rare penalty kick in front of the posts before Sarries lost their own line out ten metres out.

The visitors came extremely close to levelling proceedings on the half hour mark. Following a scrum on Exeter’s five metre line, Harry Williams was yellow carded for a side entry. With the man advantage, Sarries opted for another scrum 5 metres out – but they ended up giving away a penalty – which Simmonds booted clear.

The mistakes kept coming from Sarries as Farrell missed another penalty kick with five minutes to play before the break. The London club felt bemused having had the best chances and applied the most amount of pressure – but it was Rob Baxter’s side who led 7-0 at the break.

It didn’t take long for the first points to be scored in the second half. Unlike the first, it was more of an even contest. After winning a penalty on halfway, Simmonds kicked deep into the corner. Chiefs had a number of short thrusts at the line before Jacques Vermeulen eventually powered over. Simmonds did extremely well to add the extras from a tight angle.

Chiefs controlled the second half brilliantly, defended heroically, and infuriated Saracens up until the 79th minute when they eventually scored their first try – a penalty try. It was an extremely nerve racking final minute for the home supporters – but the Chiefs held on for a memorable win.