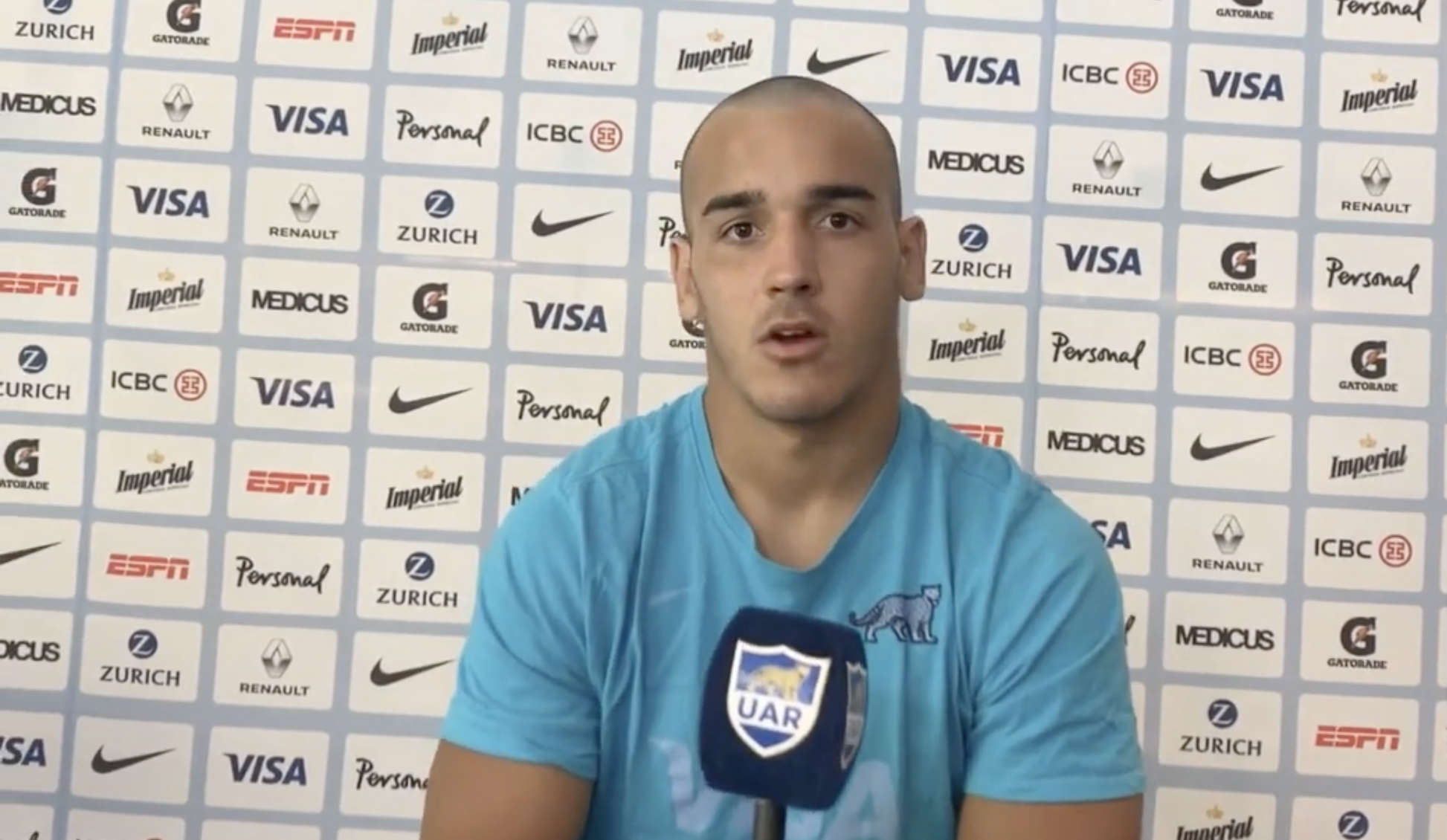 Exeter Chiefs have today bolstered their squad for the remainder of the 2021/22 season with the signing of Argentinian forward Santiago Grondona.

The 23-year-old has agreed a deal until the end of the season and will help alleviate the loss of South African Jacques Vermeulen, who is set to be out until the New Year after suffering a setback in his recovery from a serious hamstring injury.
The back-row forward, who has won four caps for his country, will join up with the Chiefs following the current Autumn Nations Series, where he is currently in camp alongside fellow Exeter player, Facundo Cordero.

Standing at 6ft 6ins and topping the scales at 106kg, Grondona will offer a sizeable option for Chiefs Director of Rugby, Rob Baxter, in his back-row options.
Commenting on his arrival, Baxter said: “After the news with Jacques, we felt it was important that we went and had a look in the market to see what was available in terms of options in the back five. Santiago was one name that came up and having had a good look at him, I think he will be a really good fit for us.
“Looking at him, it’s pretty obvious he’s athletic and that he will offer size and physicality to our pack, so we’re looking forward to getting him here and working closely with him.”
Born in Buenos Aires, Grondona started his rugby career with the Champagnat club, before being part of the Jaquares squad, where he has featured previously in Super Rugby.
In December of last year, Grondona – along with compatriot Mateo Carreras signed for Newcastle Falcons – but his time in the North East was cut short after he sustained a serious knee ligament injury in training.
Now fully fit, Grondona is hoping his Premiership experience lasts a little longer in the Westcountry, having put pen to paper on the move to Sandy Park.

“Obviously, he’s injury has meant we’ve not had too much footage to study in recent times,” said Baxter. “But, what I have seen was ironically in games that Facu featured in and we’ve seen how he has come over and performed very well for us.
“As I said, I think he will be a very good addition to the squad and we look forward to welcoming here in a few weeks.”