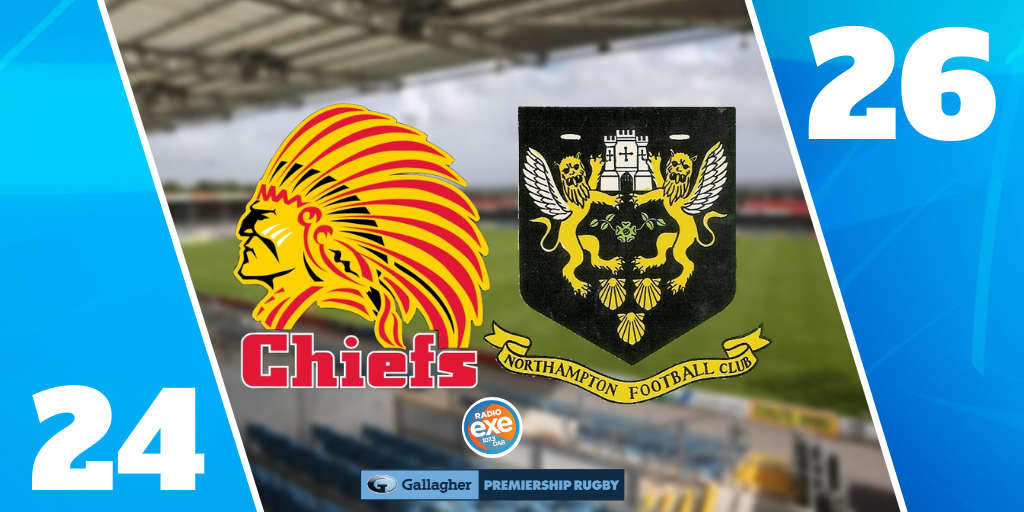 Northampton steal the win at the death

Fans were welcomed back to the stadium for the first time since March 2020 – and it didn’t take them long to find their voice. The hosts scored two tries inside an entertaining ten minutes; Don Armand powered his way over the line before Jack Maunder dotted down Henry Slade’s grubber kick.

However, celebrations were short-lived, as Saints levelled the score with two quick tries of their own before James Grayson slotted a penalty to give them a 3-point lead.

But when Saints’ Matavesi revived a yellow card on the stroke of half time, Chiefs took advantage. Playing with the extra man, Rus Tuima crashed over the line, Simmonds added the extras to give Exeter a 21-17 led at the break.

It was a much slower start to the second half, after a scoreless 15 minutes, both sides exchanged penalties. Just four points separated the two teams heading into the final quarter.

James Grayson set up a grand finale after his successful penalty kick reduced the deficit to just one point. And with less than two minutes on the clock, Grayson kept his nerve to slot another penalty – giving the visitors a two-point lead.

Despite late pressure from the hosts, they were unbale to stage a comeback. It ended Exeter 24 Northampton 26.