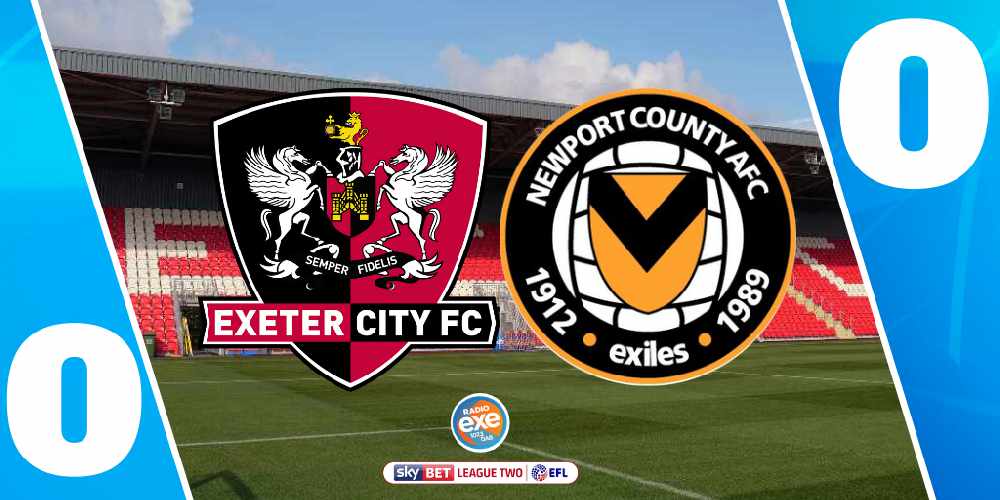 Newport’s visit to St James Park ended in a disappointing goalless draw for Exeter in what manager Matt Taylor described before the game as a “must win game”. Salford’s win against Mansfield means that City now drop down to ninth in the table.

The first half started well for both teams, with lots of chances throughout. An early throw from Newport’s Demetriou went into the box only to be quickly intercepted by Rory McArdle.

Excellent play between Caprice and Jay in the fifth minute was given away by an offside. Two minutes later, Sheehan took down Ryan Bowman resulting in a free kick for the home side. Sparkes made an overpowered attempt at reaching the back of the net but it went over the net and out of the ground – always a risk at St James Park, and costly in lost matchballs.

A chance for Exeter City arose in the twenty-third minute when Matt Jay made a run. But his poor touch led to the ball being intercepted by Newport. Eleven minutes later and it was disappointment again for City as Newport stole their chances once again.

Four minutes to half-time and Archie Collins came at Newport and found Matt Jay. Newport’s Demetriou found the ball and cleared it away. An additional minute was added to the stoppage time before finishing without a goal at half time.

Newport started as the stronger team in the second half, with multiple chances in the opening minutes. An attempted shot four minutes in by Archie Collins saw Exeter start to pick themselves up again.

Half-way through the second half, Sheehan and Taylor got into a scuffle, which resulted in the Newport player being fouled. A yellow card was shown for both players before a free kick was saved by Andresson.

A yellow card was shown for Newport’s Lewis Collins, with Jack Sparkes taking a free kick. Shortly after, Collins came off and Nicky Maynard came on in what was the away side’s only substitution.

Four minutes extra time was added to the clock and two chances came for Newport in the last couple of minutes, including a corner ball and an open goal which was quickly defended by the home team’s defence.

On Air Now Through The Evening Playing Head And Heart Joel Corry Feat. M.n.e.k
On Air