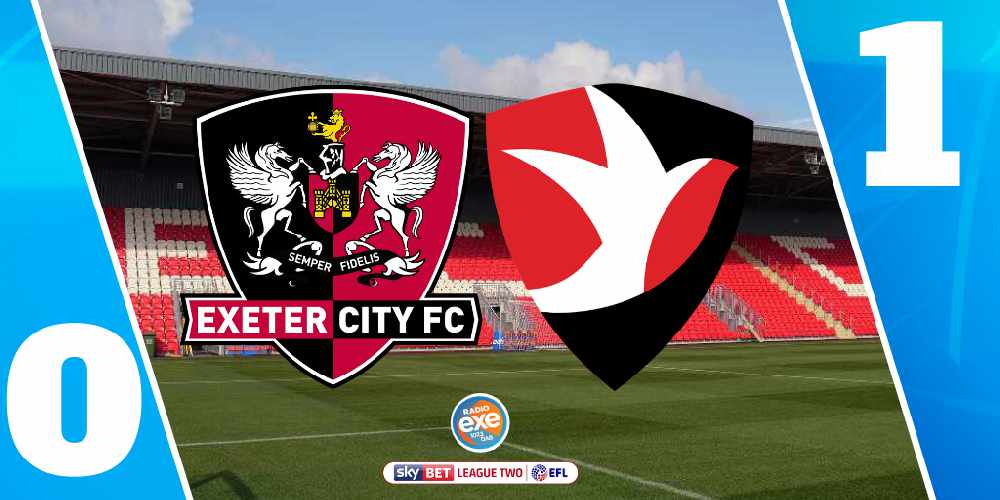 Cheltenham’s Andy Williams scored from a long throw in to loosen Exeter’s grip on the unpredictable play-off places.

City manager Matt Taylor made two changes from Tuesday as Jake Caprice and Jack Sparkes came into the starting 11.

The Grecians were happy to sit back in the early stages as the visitors controlled possession – but neither side managed a shot on goal inside a lacklustre half hour.

The closest Exeter came to breaking the deadlock came through Ryan Bowman, the centre forward had City’s first shot on target after 42 minutes – but his well hit strike from a tight angle was saved by the keeper.

A solid City defence did well to keep the league leaders at bay for much of the half – they were nearly undone, however, when Llyod leaped highest from a corner – but his effort sailed over the bar. It finished goalless at half time.

Exeter started the second half brightly as Bowman latched onto another long ball before trying his luck inside the box; Cheltenham did well to get numbers back though and block the promising shot.

City captain Jake Taylor came even closer to breaking the deadlock late on in the half. Unfortunately for the hosts, the number 8 lost his composure in the box and fired an effort over the bar from 10 yards out.

Exeter City substitute Robbie Wilmott had a glorious chance to steal three points at the death. Jack Sparkes played a lovely ball through the Cheltenham defence to set up a one on one – but Wilmott fired the ball straight at the goalkeeper.

In a matter of seconds, Town countered and nearly landed the ultimate sucker punch – but Joku Andresson pulled off a sublime one handed save to deny the visitors from snatching victory.

In the 90th minute, though, Exeter were left heartbroken when Andy Williams scored from a long throw in to ensure the visitors leave Devon with all three points.