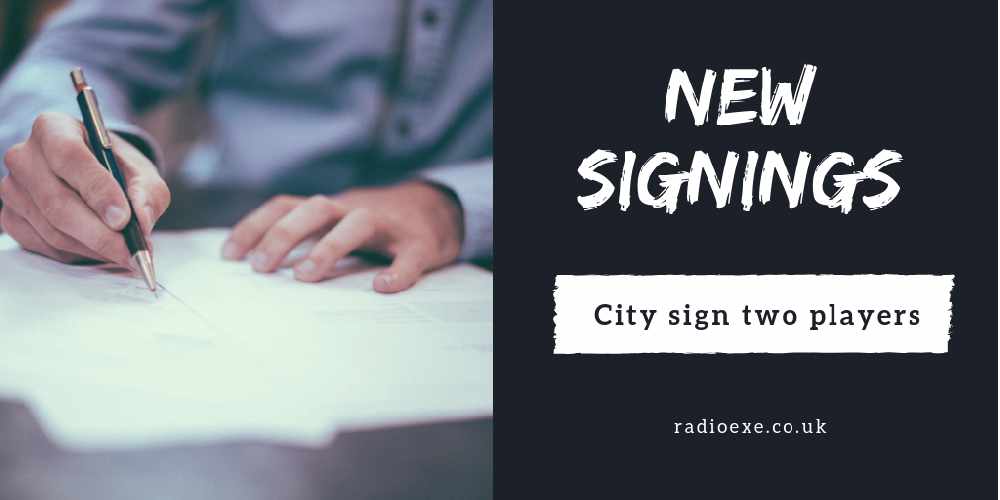 Oates was signed following a successful trial period with the club. He has featured in all of the Grecians’ pre-season games so far, playing a great deal in the matches with Bideford, Truro City, Bath City and Weymouth, impressing Matt Taylor and his coaches to earn himself a contract at St James Park.

On his signing, manager Matt Taylor said: “He (Jimmy) has come here on what has turned out to be a three-week trial on the back of a few really good seasons with Hereford. He has done really well, he is an athlete, powerful and he is a good age in that I can trust him defensively."

With the departure of City midfielders Ryan Harley and Lloyd James, the Grecians have added to their midfield. 31 year-old Lee Martin, signed from Gillingham, will fill their boots.

Lee brings with him a wealth of Football League experience and is set to link up with Matt Taylor’s squad to continue the pre-season schedule. He spent the last two seasons with League One side Gillingham and played 39 times for the club in the last campaign.

On Lee’s arrival, manager Matt Taylor said: “He has had a really good career and hopefully his career has got a lot of years left. He is a fit lad, an attacking player, he can play either side and down the middle. He is a fantastic athlete in terms of his running abilities and we are going to be a running team this year and he is going to have to work hard to get in that team and play an important part in our attacking play."