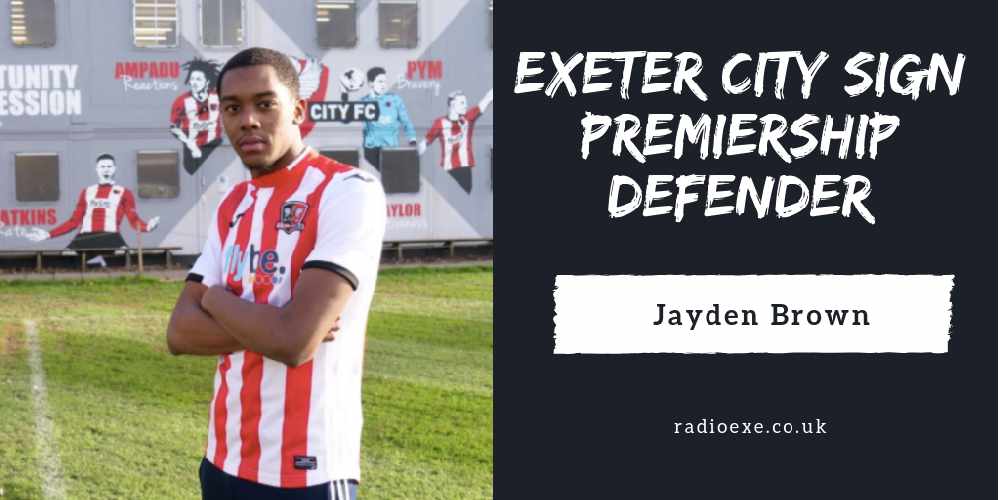 Jayden Brown arrives on loan until the end of the season

Exeter City have made their second singing in the January transfer window.

The highly-rated defender has represented England at under-19 level and is known for his pace and ability to get and up and down the wing.

Speaking about the signing, City manager Matt Taylor says: “He is a dynamic left sided defender. We have got the experience of Craig Woodman and Dean Moxey who can cover that position, but this lad is going to get up and down that touchline time and time again.

“It gives me an option if I wanted to play five at the back because he can play wing back. He has physically got the attributes.

“He needs to get the experience of league football and lower league football, but he is a young player who is hungry to learn and wants to develop and we are thankful to Huddersfield for allowing him to come here on loan for the rest of the season.

“He strengthens the squad. It gives me another option in terms of the way I want to play and will bring competition for places.”

Jaden said he was excited about joining City and looking forward to getting started.

“I chose Exeter because there is an aim for the club in fighting for promotion. They are a few points off the play-offs at the moment and it is exciting times and the way the play as well I think it suits my game.”