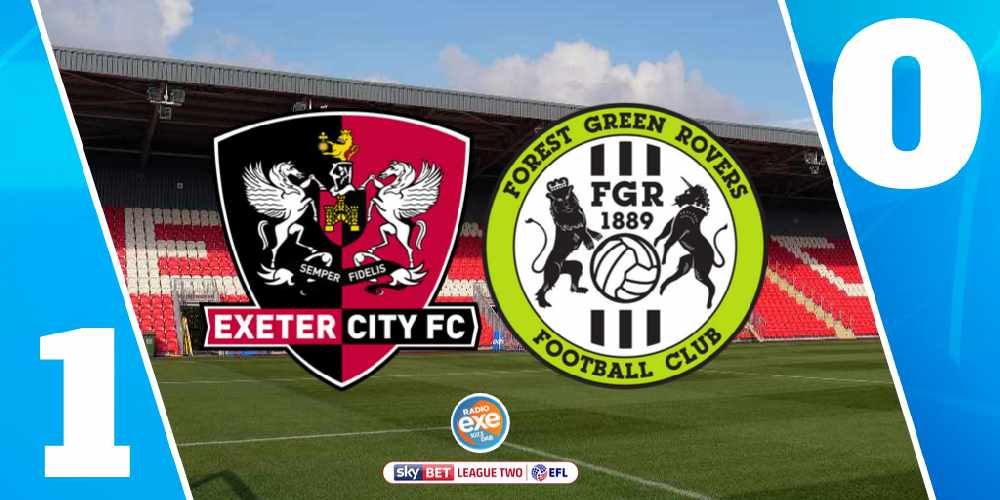 Ryan Bowman’s first-half volley and a superb save from Jonny Maxted was enough to beat Forest Green and secure Exeter's first league win in three games.

Exeter dominated the opening half and deservedly went into the break with a narrow 1-0 lead – but they felt it should have been more.

For the next half hour, the majority of action was played inside Forest Green’s half. But despite Exeter's dominance in possession, they couldn’t carve their way through a well drilled defence to double their lead.

Nicky Law came extremely close though. The midfield maestro tried to chip the goalkeeper from 30 yards out, who was outside his box, but Law’s ambitious effort looped over the crossbar.

The visitors’ best first-half opportunity came from Jack Aitchison. The forward fired an effort across goal, but it was heroically blocked by Aaron Martin five yards out.

The Grecians took their foot of the gas in the second half and allowed Forest Green to get a foot hold in the contest.

Despite the late pressure from Forest Green, Matt Taylor’s side managed to hold their nerve and hold onto three points. It ended Exeter City 1 Forest Green 0.

The win lifts City to second – joint on points with league leaders Crewe.