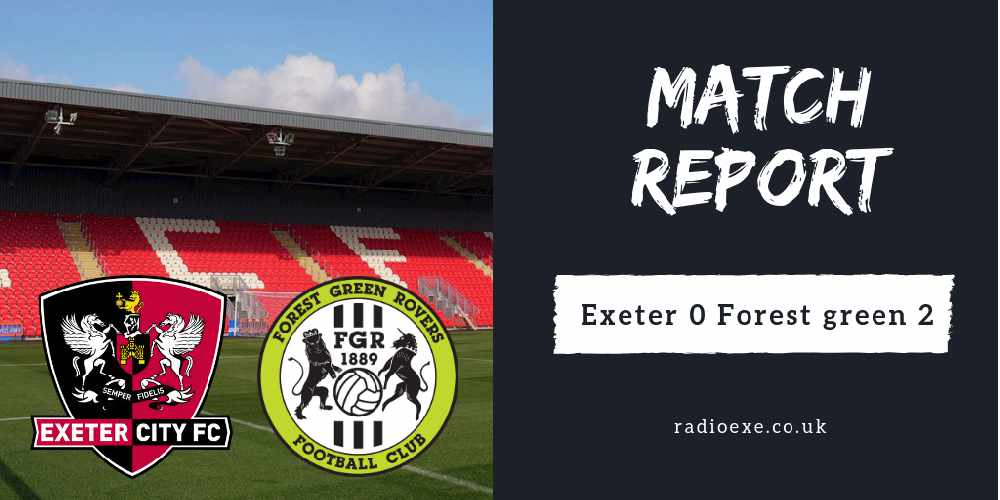 The Grecians' 12 game unbeaten run comes to an end

It was a historic day for Exeter City Football Club, the Stagecoach Adam Stansfield Stand was in use for the very first time, but unfortunately the Grecians marked the momentous occasion with a frustrating 2-1 defeat.

Playing In front of just under 5,000 spectators at St James Park, Exeter’s record attendance this season, the Grecians couldn't stage a comeback having gone 2-0 down.

Matt Taylor made two changes to the side that played Crawley on Tuesday night. James Hamon and Jayden Stockley replaced Christy Pym and Matt Jay.

Both sides had opportunities to take the lead in the opening 45 minutes, but neither team could capitalise in a goalless first-half.

However, it was Exeter who came closest to scoring. On the 30thminute mark, Jayden Stockely headed the ball into the path of Nicky Law who took the ball past the rushing goalkeeper, but his attempted shot from a tight angle hit both posts before the ball trickled away to safety.

Down the other end, the visitors carved open and stretched city’s defence on a number of occasions. James Hammon made a few good saves and Luke Croll  blocked a shot heroically inside his own box as it finished 0-0 at half-time.

With some fans still finding their seats as the second-half began, Forest Green broke the deadlock with an exquisite finish into the top right corner.

With the momentum behind them, the visitors controlled much of the second 45 minutes and grabbed a second. Liam Shephard with the goal.

No doubt, Exeter manager Matt Taylor what have felt disappointed, the Grecians didn’t produce any clear cut chances until the 94th minute when Aaron Martin pulled a goal back for Exeter. But it was too little too late.