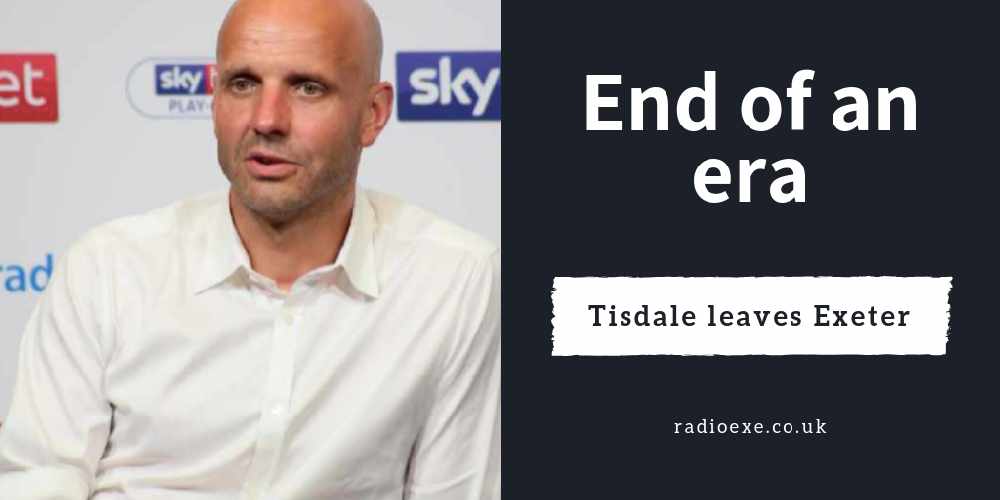 Tisdale leaves the club after 12 years in charge

The former longest serving manager in England leaves the Grecians.

Th club has been negotiating a new, significantly improved, contract with its manager for many months, having commenced this process in the middle of 2017.

The time extended and formally advised to Paul for him to provide an answer to the question as to whether he was to sign the new contract which was offered to him, so he would continue as the club’s manager has now passed. The club is sad to report that Paul therefore will be leaving after 12 years as manager.

Julian Tagg, chairman of Exeter City FC, said the club had offered the best remuneration it possibly could to keep Paul at Exeter. He added: “Regretfully, Paul has decided not to sign.”

“We wish him the best of luck for the future and would like to thank him for his commitment to our club over the last 12 years. He has been a dedicated and successful manager, well respected both inside the Club and equally so in football generally and ever popular with players staff and volunteers, having worked so extremely hard to bring Exeter City to where we are today.

“Our offer of a new contract to Paul came with our express desire that he sign it in order to allow the club to plan and go forward with certainty. It is of course entirely Paul’s prerogative that he should choose to let the club’s deadline for a decision pass, but we are now at the point where we must move on and unexpectedly plan for a future without Paul as our manager.”

Mr Tagg added: “Despite the disappointment of not achieving promotion to League One, it is important to acknowledge Paul’s stewardship of the team, guiding them through the tense play-off period. When put in context, to finish fourth in the league is a fantastic achievement.

“Under Paul’s leadership, we have consistently outperformed clubs with much larger budgets and we feel incredibly proud of everything we’ve achieved together, on and off the pitch.”

We’ll continue to watch Paul’s career with great interest. He has been Exeter City’s most successful ever manager and he will always be welcome here and we wish him well."

Since signing for the club in 2006, Tisdale managed 626 games for the Grecians. During his 12 years and 626 games with the club, he won the Conference in 2008 and got Exeter promotion into League One in 2009. However, after losing two successive League Two Play-Off finals this year and last, he's decided it's time to step down.