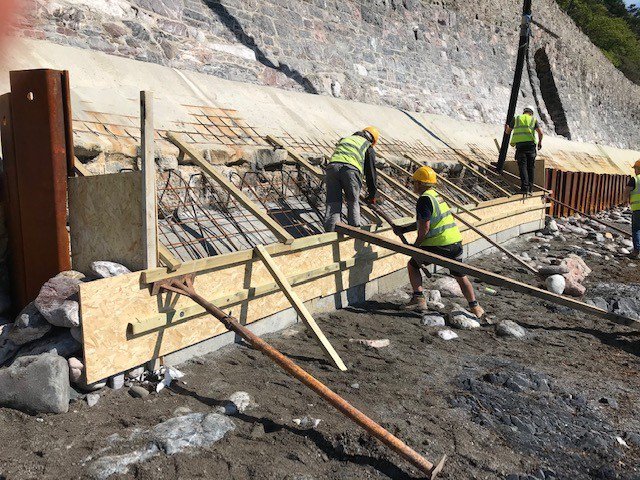 Councillors are looking into it

The cost of repairs to a sea wall after it developed cracks and a huge hole is expected to top £100,000.

A 10 metre-wide hole appeared in the promenade at Meadfoot Beach at Torquay in May, followed by cracks in a nearby section in June.

Torbay Council Cabinet member Mike Morey reported the cost of repairs so far was around £92,000, with £45,000 more expected. The damaged sections alongside Meadfoot Sea Road were fenced off for repairs at the popular beach.

The hole that appeared in May near Meadfoot Beach Cafe was filled with 250 tonnes of concrete.The structure had to be repaired from the road level down to the beach. Cracks were then found in the promenade after rough seas driven by strong east winds in mid-June.

Cllr Morey said the repair work in May was started “just in time” to save the retaining wall, a viewing platform and the road, as well as a sewer below.