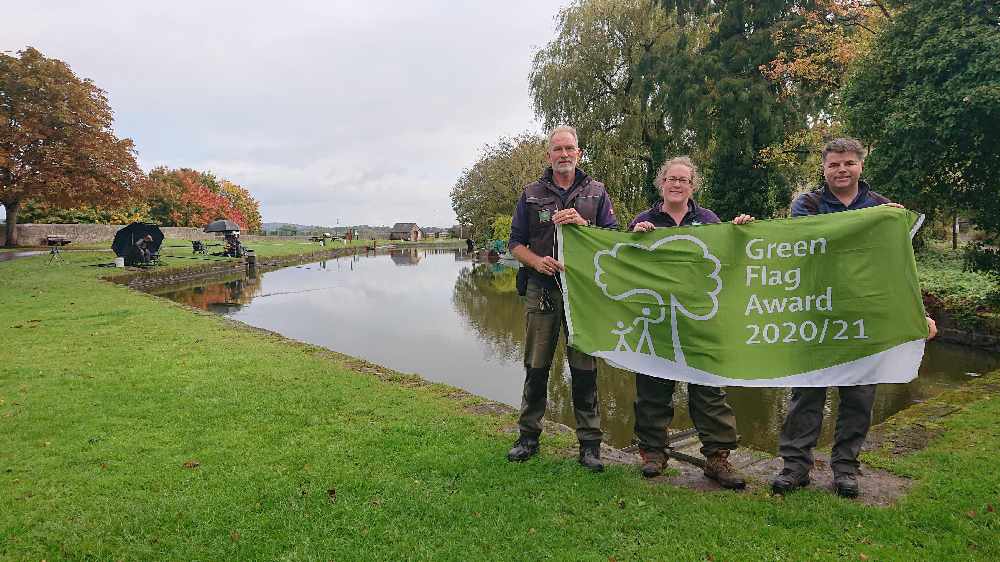 Twenty-five parks and green spaces in Devon have been awarded the prestigious Green Flag award for their high standard of quality and cleanliness.

The scheme is the national benchmark for quality parks and is run by environmental charity Keep Britain Tidy. Each park or open space is judged against set criteria and they need to improve every year to be awarded the coveted status.

23 of the 25 parks that were awarded the Green Flag in 2019 have retained their status, but Babbacombe Downs and Princess Gardens in Torquay have dropped off the 2020 list. Seafield Gardens in Seaton and Drake’s Place Gardens and Reservoir in Plymouth have been added.

Both of Devon County Council’s two country parks have been presented with prestigious Green Flag Awards. Stover Country Park and the Grand Western Canal Country Park are among more than 2,000 sites across the country to collect the award this year.

Both Stover and the Grand Western Canal remained open throughout the pandemic lockdown and they have seen an increase in visitors over the last few months, as people have taken advantage of the health and wellbeing benefits of the great outdoors.

Cllr Roger Croad, Devon County Council cabinet member with responsibility for environment, said: “We’re extremely proud that both of our country parks have retained the Green Flag Award for another year, and this year in particular has highlighted how important our green spaces are to local people.

Cllr George Gribble, Devon County Councillor for Bovey Tracey Rural, said: “We are delighted to have this award again this year. The large increase in visitor numbers just goes to show and highlights the appreciation of everyone using the Stover Country Park and Grand Western Canal Country Park.”

Leader of North Devon Council, Cllr David Worden, added:  “It is fantastic to hear that Bicclescombe Park and Yeo Valley have again been awarded the prestigious Green Flag. This year has been very challenging for our Parks team and community groups who work so hard to maintain these spaces to such a high standard, and yet our parks and green spaces have been more important for the health and well being of our community than ever before. I would like to extend my congratulations to all those involved, especially the community groups for all the hours they dedicate to our parks.”