£9m for North Devon housing set to be signed off 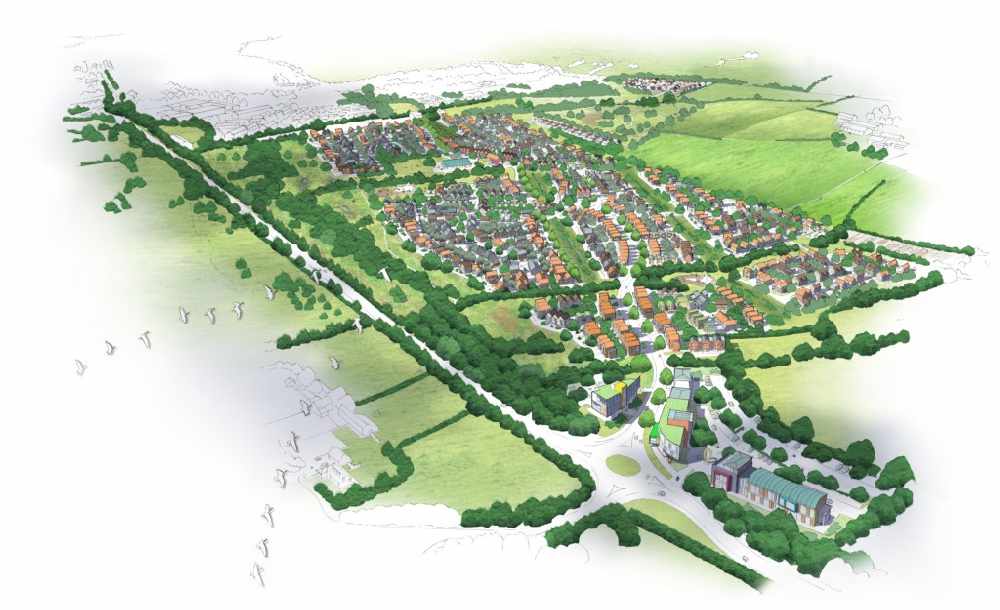 One of the schemes was the brainchild of artist Damien Hirst

Councillors are set to sign off on how £9million of Government money will be used in North Devon to support two major housing schemes.

North Devon Council’s Strategy and Resources Committee are being recommended to authorise the council’s Chief Executive to enter into relevant agreements with Homes England in order to secure the Housing Infrastructure Fund (HIF).

£9million from the HIF will support Ilfracombe’s Southern Extension and Barnstaple’s Westacott Urban Extension and the money will go towards progressing the schemes to deliver new housing.

Both sites are allocated for development in the joint North Devon and Torridge Local Plan and the HIF allows local authorities to front load infrastructure on housing sites where the provision of infrastructure by the developer would otherwise mean that the housing scheme was unviable.

More than 800 homes are planned to be built at Westacott and 750 at Ilfracombe.

Westacott’s £2.6m of funding is to be used to provide a roundabout off the A361 to access the development and would unlock the delivery of 820 new homes. The grant award is to fund site access to the A361 for the new residential development.

The funding has to be spent by March 2022 and is provided on the basis that it is recovered as the scheme progresses and recycled to deliver additional homes.

The site is allocated in the Local Plan for 950 homes, five hectares of development land, a new 420 place primary school, and a park-and-change facilities close to the A361.

Last year, developers Barwood Land unveiled their masterplan to transform the 59-hectare site into a ‘new gateway to Barnstaple’, with around 800 new homes, a primary school, a community hub, and employment space, as well as a Park and Change transport facility, as well as a ‘network of open space’ and pedestrian and cycle links.

Access to the site would be from the Landkey junction on the A361, which would developed and modified as part of the improvements being made to the North Devon Link Road.

A separate scheme for 149 homes on the site had already been approved by North Devon Council planners.

The £6.5m funding for Ilfracombe is to be used to provide roads, drainage and community facilities including a serviced school site. The package replaces the original request to be used to forward fund a school at this site as the money had to be spend by 2021, but it was considered unlikely the school could be built within the timescale.

Instead, Devon County Council officers were asked to look to reorganise the existing schools in the town, potentially turning the one infant school and one junior school into two separate primary schools.

The Southern Extension, a 750-home development, was given the green light by North Devon Council in 2017. The scheme also includes community facilities such as new shops, business units, a care housing scheme and a health centre.

The Southern Extension was the brainchild of artist Damien Hirst who has numerous connections to Ilfracombe, not least his enormous statue Verity on the town’s pier.

The grant award is to fund roads, drainage, a community building, MUGA and a serviced school site to accelerate the delivery of the new homes.

The committee, when they meet on Monday, July 1, are recommended to note the contents of the two reports, to authorise the Chief Executive to enter into relevant agreements with Homes England in order to secure the funding and to enter into legal charges secured on land owned by the developers of the schemes in order to secure repayment of the funds, in order to progress with the HIF applications and deliver the ‘much needed housing’.