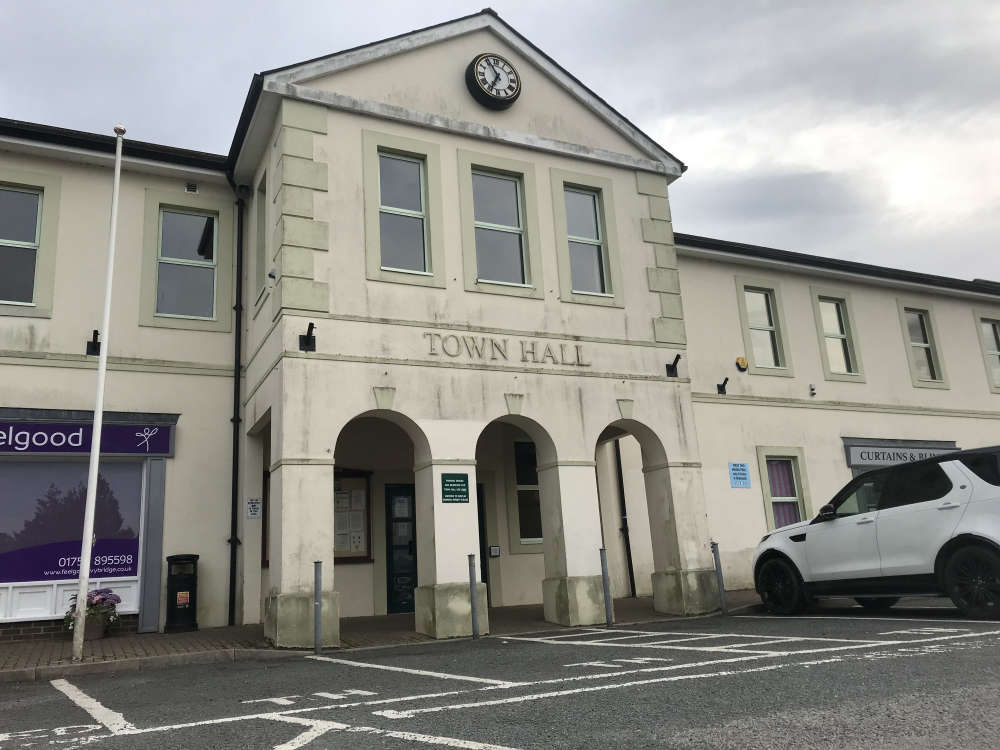 Plans for a controversial new Aldi supermarket in Ivybridge have been rejected  following a fierce campaign which saw the town council battling with South Hams District Council.

Members of South Hams executive met on Wednesday after many of them visited the proposed site earlier in the week.

The district council had been considering ways to bring more shoppers to the market town by developing a car park including a discount food store. They were planning to put £9 million into the project which critics described as “degeneration, not regeneration.”

The area behind Ivybridge town hall had been earmarked for redevelopment with plans for the new Aldi supermarket on Leonards Road car park; land owned by South Hams council.

Two years ago the council held a public consultation which showed two thirds of nearly 2,000 respondents thought a new supermarket would improve footfall into the town centre and supported the proposals.

But many local people who have seen details of the proposal are now vehemently opposed to it and there have been over 700 letters of objection to the development.

Although many of the concerns were about the long-term impact of the supermarket on the town, some complained about a major reduction in parking spaces for eight months while building is underway.

The district council admits there will be some capacity challenges but says promises to put in place measures to limit the difficulties as far as possible.

At the executive meeting, local resident Jo Burgess represented the views of many objectors.

She said: “Councillors should know that the recent bridge replacement meant Glanvilles Mill car park was unavailable for one day.

“One busy shop, saw a 50 per cent decrease in takings.

Also without an assessment of replacement disabled parking provision in Glanville’s Mill car park during construction, the council may be open to a discrimination claim under the Equalities Act 2010.”

Speaking on behalf of the applicants, which is South Hams council itself, architect Martin Simpson from LHC Design tried to answer some of the concerns raised, including about employment and the removal of mature trees.

He said: “The scheme will create a number of jobs by full and part-time positions, supporting enhanced opportunities for the younger workers within the town.

“It offers additional choice to shoppers when compared to the established mainstream retailers, selling branded goods in this time of increasing cost of living.

“It is acknowledged there are mixed views and in particular reservations with regards to the felling of the existing trees, parking during the works and the future of the skate park.

“In response to these, there is a commitment from the applicant to introduce considerably more trees on site than those lost.”

But the comments were of little comfort to councillors including Green councillor for Dartington and Staverton, Jacqi Hodgson, who asked: “Would you agree that it’s a strange conflict to be replacing trees with parking? We have an ecological and climate emergency.”

In a statement, Ivybridge Mayor Cllr Sara Hladkij presented the views of the town council and insisted earlier studies by South Hams District Council into the development were now redundant.

“The initial South Hams consultation with the community was pre-covid and did not make the public aware of the implications as shared when the town council performed its own survey with residents this year,” she said.

“Since the pandemic the town has a full retail offer [with] new shops opening. Ivybridge is regenerating itself.”

“Ivybridge is regenerated,” he said.

“There will be no Ivybridge in the future after that.”

Among the over 700 written objections to the plans, some of the main concerns included:

Location is unsuitable
Loss of already limited parking spaces as a result of the development.
Traffic heading to the new Aldi will lead to congestion at seasonal times – impact on Air quality
Destruction of trees and Devon hedge is unacceptable – This is an important feature for local wildlife.  Campaigners highlight the risks to a Woodland Trust-registered Veteran Oak Tree.
Independent shops will lose trade and it will be harmful to the local economy/employment
The overall scale and design of the multi-storey carpark is imposing.
Claims it is misdirecting public spending by the council and a risk to tax payers. Aldi should fund work themselves, buy their own land and improve skate parking before work starts.
Councillors voted unanimously to refuse planning permission, despite officers recommending approval.

Local campaigner against the Aldi project, Tony Dommett, who has produced leaflets and been part of a social media campaign, said after the meeting: “I thought it was just going to get railroaded by South Hams top level.

“I am absolutely ecstatic. I’ll be able to sleep tonight.”