Appeal for understanding at double-death home 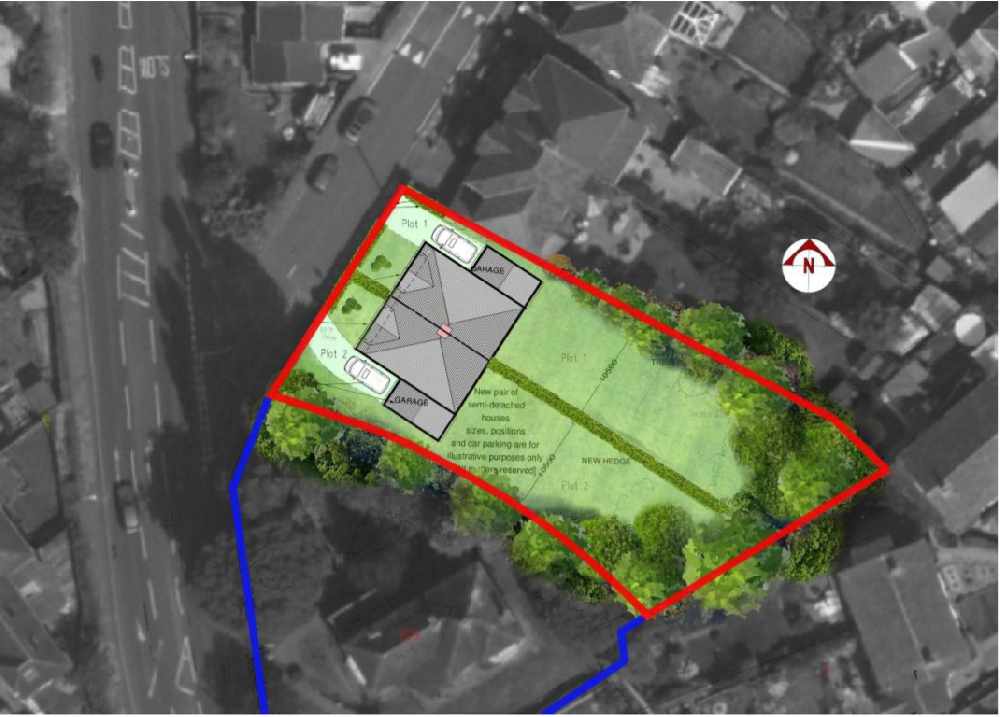 The family of two brothers who were killed in their Exeter home have appealed for sensitivity after resubmitting plans for the redevelopment of the house.

Plans were originally submitted in July 2020 to turn the spacious site at 109 Cowick Lane into two detached properties, but were withdrawn in February this year following an overwhelmingly negative reaction from local people.

Brothers Dick and Roger Carter were killed by Alexander Lewis-Ranwell in the St Thomas home, and the large walled house has been deserted since. Mr Lewis-Ranwell was found not guilty of murder by reason on insanity and is now in Broadmoor, a secure hospital.  He also killed 80-year-old Anthony Payne at a property on Bonhay Road, near St Davids station.

Now a revised scheme for the site has been submitted by Mr Carter's family. They say they need to sell part of it, and they have appealed to those who complained harshly last time to show sensitivity after such a tragic event. They say some issues raised were wild speculation, arising from a lack of understanding of the situation and their motives.

New plans submitted this week to Exeter City Council would see an area of the former vegetable garden used for their former horticultural business, as the location of the houses and drives next to the existing property.

A statement with the application says: “The point of the outline application is to establish the principle of creating a pair of semi-detached plots so that the plots can be marketed and give them some confidence in what could be achieved, while giving them freedom to exercise their creative flair to give each dwelling its individuality.

“There can be no argument that proposed residential use of the site is inappropriate as it is within an area zoned for housing and surrounded by housing, and surely one should be fully utilising appropriate sites within areas zoned and appropriate for residential purposes and previously developed land, before imposing on valuable greenfield sites.

“By no stretch of the imagination is this a greenfield site and the presence of the outbuilding once used for business purposes would establish it as previously developed land if any stronger case were needed. Surrounded by dense housing and a wide main road junction, the site is clearly in an established built environment.”

It continues: “We stress this is simply an outline application by the family who need to sell off part of 109 Cowick Lane after the tragic circumstances of the loss of their uncles. The main house has fallen into disrepair which they would like to see restored. The walled garden and outbuildings are now sadly an underutilised space -once a thriving market garden business set up by the brothers.”

The outline application for the two homes will be determined by Exeter City Council planners.

Lewis-Ranwell, was found not guilty of murder by reason of insanity in December 2019 after a trial, but was sentenced to being held at Broadmoor High Security Hospital until doctors decide it is safe for him to be released.