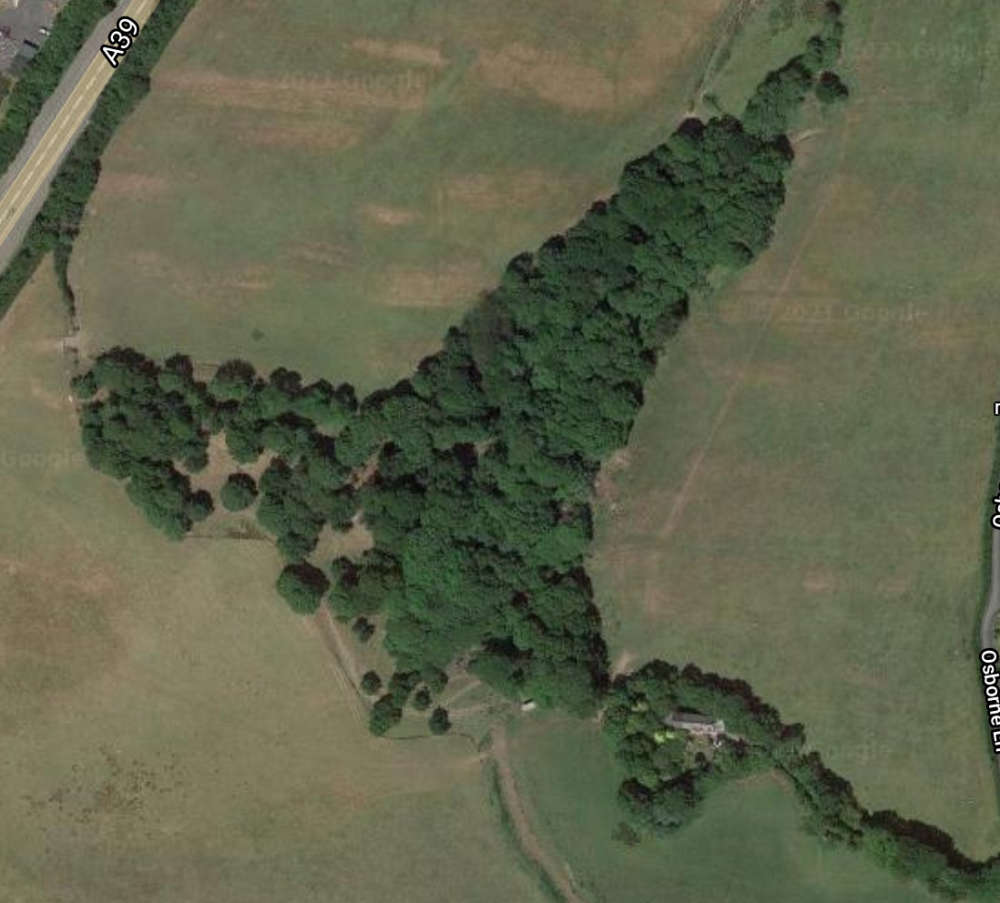 "Grave" problems with the plans

Plans for 290 homes and an important woodland to the west of Bideford remains up in the air after a bizarre series of contradictory votes at Torridge District Council’s (TDC) planning committee meant the application had to be deferred.

A proposal to reject the plans for developing nearly 50 hectares of land to the north of Abbotsham Road failed by five votes to four, only for a proposal to approve it also failing by the same margin.

This lead to much confusion amongst councillors and the council’s legal team. To get through the legal maze, the committee eventually decided to defer its decision, meaning the plans will go to the council again another time.

The application, on greenfield land outside the council’s local plan, has proved divisive – though not yet decisive.

Chief amongst concerns is that historic Bagershill Wood, located in the centre of the proposed development, would be harmed.

Conservation charity the Woodland Trust has attempted to add the wood to the Ancient Woodland Inventory, giving it special protection against damage or destruction. Though this has not yet happened, it is thought the woodland does qualify for inclusion.

Bagershill Wood already has a tree preservation order protecting it and is known to include trees hundreds of years old and also provides important habitats for wildlife.

Gladman Developments Ltd, a Cheshire-based company behind the plans, said steps would be taken to protect the wood.

However, several councillors on the planning committee do not believe the necessary protection would be possible, given the size of the proposed development. They argued the development would inevitably result in interference with the habitat.

Speaking before the two votes, Councillor Chris Leather (Independent, Northam) had “grave” problems with the plans. He said: “If you want to see the destruction of ancient woodland, you want to vote for this application because that’s what will happen.”

He said the first priority of councillors should be preventing “the potential destruction of this wonderful wildlife asset” close to the centre of Bideford.

Councillor Peter Christie (Greens, Bideford North) shared these concerns and argued that the plans would add to the haphazard layout of the town.

He said: “Bideford is beginning to resemble a tube of toothpaste. It’s being squeezed out and it’s going right east and west, there’s no development north or south and this, I think, would really accentuate that.”

Abbotsham Parish Council argued the development would be too far away from local services and employment centres which would add to congestion, as new residents would have to drive to get around. They also raised environmental concerns, saying: “The iconic landscape is enjoyed by many and must be maintained. The proposed development would destroy the ambience of the valley.”

Councillor Peter Watson (Independent, Broadheath), who put forward the proposal to approve the development, said the 44 affordable homes promised by the scheme were much-needed.

The council’s aim is for 30 per cent of all new housing developments to consist of affordable homes – which would equate to around 87 properties for this project.

In a move repeated in planning applications around Torridge and North Devon, the developers claim the project will not be financially viable if that many affordable homes are provided.

Nevertheless, the 15 per cent they have promised is still significantly higher than seen elsewhere. At the same planning meeting, councillors voted in favour of an application for up to 211 homes on land to the south of the Caddsdown Industrial Park and Clovelly Road in Bideford, which only promises 13 affordable homes – just over six per cent of the new properties.

Debate around the application, which received 68 letters of objection from the public, will resume when it goes to TDC’s planning committee once again at a date yet to be decided.