Are Muse coming back to Devon? 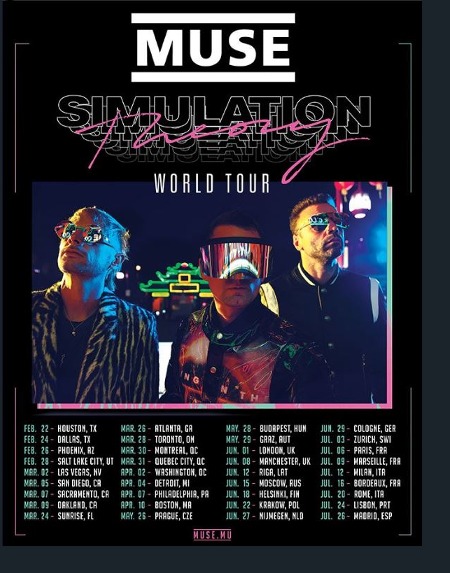 Fans of the Teignmouth-based band were left disappointed when their 2019 tour included no dates in the South West, but, taking to Instagram, frontman Matt Bellamy responded to one of his fans.

One post read: “We want to do a Westcountry show for sure, investigating Devon options.”

Back in 2009, the band played two concerts on Teignmouth’s Den on September 4th and 5th, both filmed by the BBC, and the concerts, organised by SJM Ltd, saw the Den turned into a Victorian-themed open-air arena.

Hopes were high that another homecoming gig could be on the cards, however, Cllr Jeremy Christophers, leader of Teignbridge District Council, has confirmed that the band has not yet contacted the council about any potential concert next year.

A premises licence would need to be granted by the council’s licensing committee for any concert where no licence around exists, while the council would have to sign off on any concert to be held on council-owned land, which would include The Den.

Cllr Christophers said: “Sadly there have been no discussions and they have not come to us yet about any concert. It would be nice if we could have a concert and we welcome it. All they have to do is pick up the phone and we will do what we can to enable it, and I’m sure we wouldn’t have a problem selling tickets for it.”

But he added: “If you look at the dates for their World Tour, half of them are in America. They have the US successfully and I cannot think of many bands who have.”

They’ve since gone on to win two Brit awards, two Grammies, four Kerrang! Awards and 18 NME awards and tour around the globe.

Cllr Christophers added: “We’d always welcome them back to do a gig in Teignmouth, or anywhere in Teignbridge, and we’d support them.”

He said: “A lot of their stuff is very political and I hope it remains that way.”

He had previously said: “We need to look at their views and cultivate them as a local council.

“They aren’t just interested in selling records, they are thinking about the future and what we do now will affect the next generation.

“It’s vital for the council to engage with the younger generation as in 10 to 15 years there will be a complete demographic disconnection and people just won’t vote for councils.”