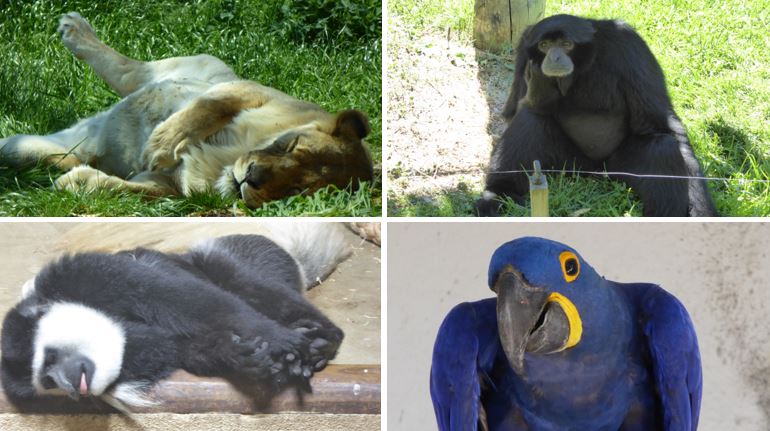 Traditionally zoos have focussed on whether they're eating, sleeping and breeding

New research, worked on by the University of Exeter, suggests that watching the behaviour and body language of zoo animals could be the key to understanding and improving their welfare.

Traditionally, zoos have focussed on more straightforward measures such as whether animals are eating, sleeping and breeding.

The new review, by the University of Exeter and the University of Winchester, says zoos have made vast improvements in recent years, but closer observation of animal behaviour – a method called Qualitative Behavioural Assessment, developed in livestock farming – could reveal even more about their psychological state.

An animal’s posture, facial movements and activity levels are among the things that might reveal whether it is excited, calm, interested, nervous, relaxed, etc.

“Zookeepers are dedicated and knowledgeable about their animals, and they will often recognise the psychological state of an animal by its behaviour and body language,” said Dr Paul Rose, of the University of Exeter.

“What we are suggesting is a more consistent version of this, carried out over time.

“Certain behaviours will indicate certain moods in a particular species, and we should build our knowledge of this for different species that live in zoos.

“For example, lions have a wide range of facial expressions, and research on these expressions could help zoos understand the animals’ state of mind.

“This information could then be used to improve welfare by adjusting enclosures, diets, feeding times or any number of other aspects of the way animals are kept.”

Dr Rose conducts much of his research at WWT Slimbridge Wetland Centre, and is currently examining how the swans there might reveal their psychological state via their behavioural expression.

“We’re looking at how much time they spend investigating and exploring their habitat, which could show that they’re feeling emotions like being bold or confident or interested,” he said.

“When they’re apprehensive or unsure, they appear to move less and be more vigilant, and keep their feathers compressed close to their bodies.”

The study evaluates existing research on Qualitative Behavioural Assessment, much of it from farming, and suggests research opportunities and practices that could be adopted by zoos.

“Animal welfare in zoos has improved dramatically in the last 10 or 20 years, and this method gives zoos another way to recognise and promote positive welfare,” Dr Rose said.

The paper, published in the Journal of Zoo and Aquarium Research, is entitled: “The use of Qualitative Behavioural Assessment to zoo welfare measurement and animal husbandry change.”