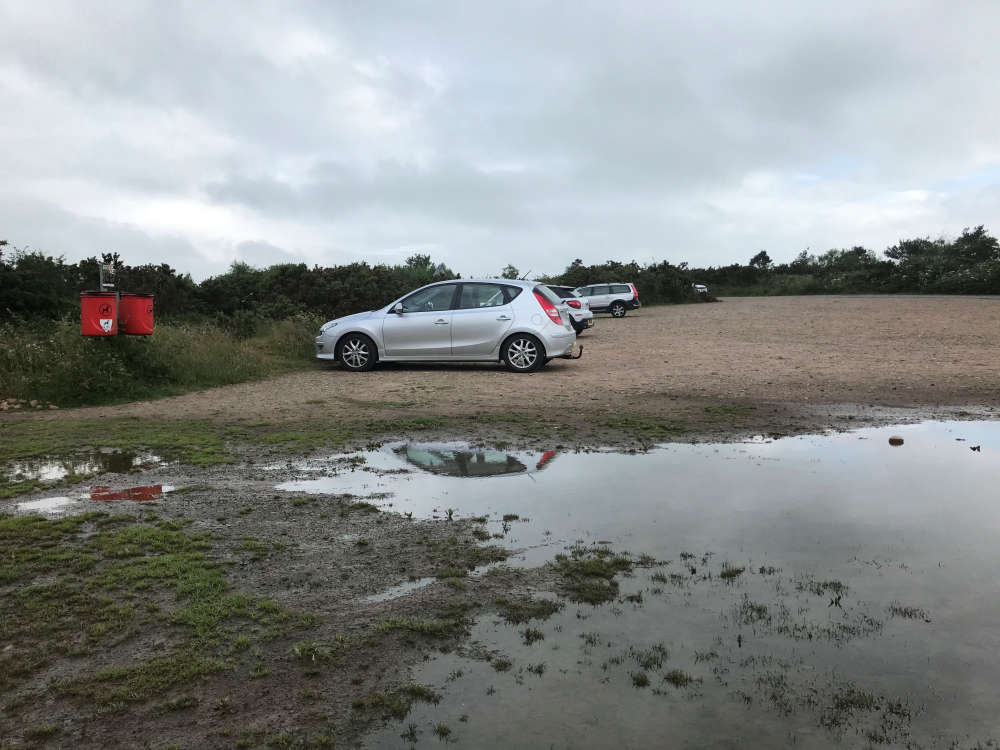 East Devon District Council (EDDC) has approved its own planning application to redevelop four of its car parks at Pebblebed Heath near East Budleigh,  which one councillor said were currently “little better than a bomb site.”

The heath is a 1,400sq hectare Site of Special Scientific Interest and a special area of conservation for southern damselflies, nightjars and Dartford warblers.

Now four council-owned car parks surrounding the heath are to be resurfaced and will undergo drainage works and have improved signage following a decision by EDDC’s planning committee. The council hopes to improve safety and reduce parking pressure elsewhere around the beauty spot.

The works will be at Joney’s Criss, Hawkerland; Stowfood Woods, Colaton Raleigh; Four Furs, Woodbury and the Frying Pans,  Woodbury Common. Though the car parks will be improved, no new spaces will be added.

Councillor Geoff Jung (Democratic Alliance Group, Woodbury and Lympstone), portfolio holder for coast, countryside and environment, told the planning committee: “I think everyone would agree that the car parks on the common look little better than a bomb site: muddy puddles, ruts and no logic on where to park.”

Cllr Jung said there had been some misinformation on social media on the purpose of the improvements. He said the works would improve safety and movement around the car parks, increase their visibility from the road and “reduce the opportunity for theft and anti-social behaviour which is fairly common on the heath.”

The council says there has been increased use of Pebblebed Heath because of new housing developments in East Devon.

In a report on the application, officers argued:  “Increasing the capacity at the larger car parks means there would be an increased focus on these areas with less harm likely to arise in other satellite parking areas, thereby reducing the harm to the wider Pebblebed Heaths.”

There were worries that a footpath to the car park at Joney’s Cross would be removed, but the council said it will be keeping it open.

Councillor Paul Hayward (Democratic Alliance Group, Yarty) read a statement on behalf of Newton Poppleford & Harpford Parish Council which expressed “slight frustration” that it was not consulted on the application when it was first validated in the summer.

A planning officer apologised and said the EDDC would make sure it consults them in the future.