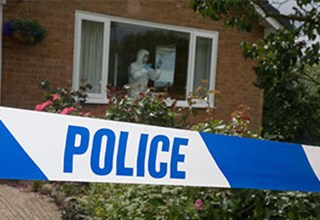 Police are appealing to the public for information following the death of a man in North Devon.

The incident happened yesterday (Thursday 7 February) after a resident of a property discovered a man in his garden, unconscious and with serious head injuries, on East Street, Braunton.

He was initially taken to North Devon District Hospital in a critical condition.

The 60-year-old local man was later transferred to Derriford Hospital for treatment but died earlier this afternoon (Friday 8 February) – his next of kin have been made aware of this development.

Detective Sergeant Steve Bates, said: “Enquiries are underway and we are desperate to piece together what has happened, and what has led this individual to sustain these head injuries which ultimately proved fatal.

“We would like to hear from anyone who was in the area of East Street or Abbotts Hill area of Braunton from Wednesday night into Thursday morning, and may have seen something."