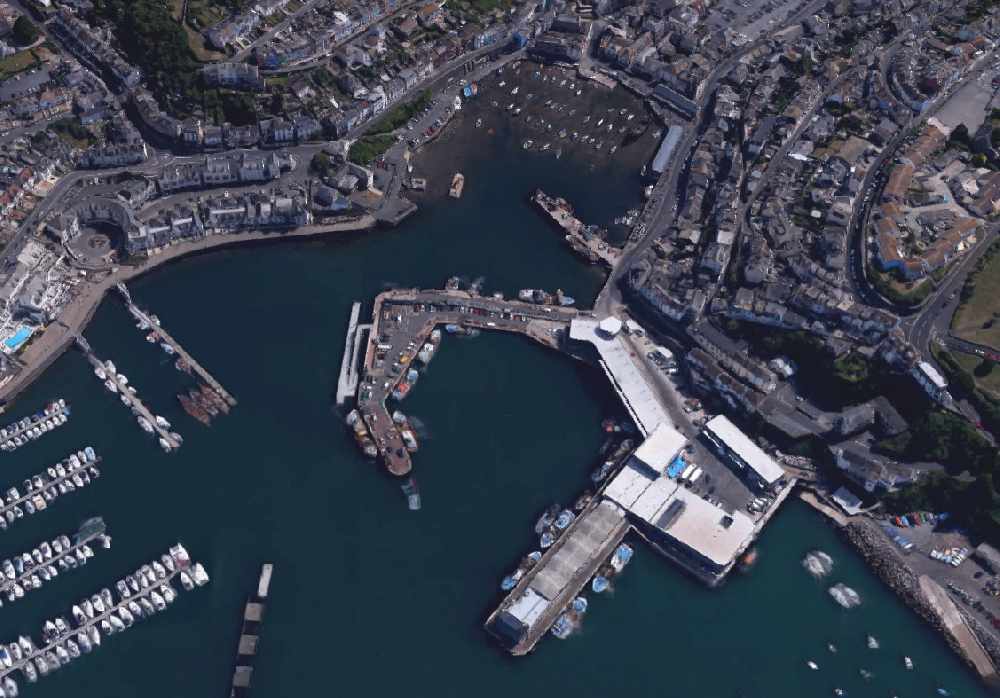 Brixham Harbour, with the fish market in the foreground (Image: Google Map)

Harbour being considered for Government bid

A multi-million scheme to improve Brixham fish market is being considered as part of a bid to the Government for regeneration funds.

Plans to reclaim land at Brixham harbour alongside the market would see extra space created for landing catch, increasing capacity at the port which is the UK’s largest fish market by value sold.

The industry has seen a double blow from the pandemic and the impact of Brexit, and support to help it take advantage of future opportunities in a post-covid recovery is seen as an important strategy for the local economy.

It is understood that the multi-million schemes is a serious contender as one of a package of projects in a bid by Torbay Council for support from the Government’s Levelling Up fund. Up to £20million is available for successful bids, or up to £50million for road schemes, which must be approved by the local MP.

Torbay, which has the highest levels of deprivation in the region, has been put in the top priority category for support from the £4billion fund set aside for England under the programme announced by Chancellor Rishi Sunak at the March spending review.

The scheme is designed to provide investment in local infrastructure including transport, urban regeneration and cultural assets.