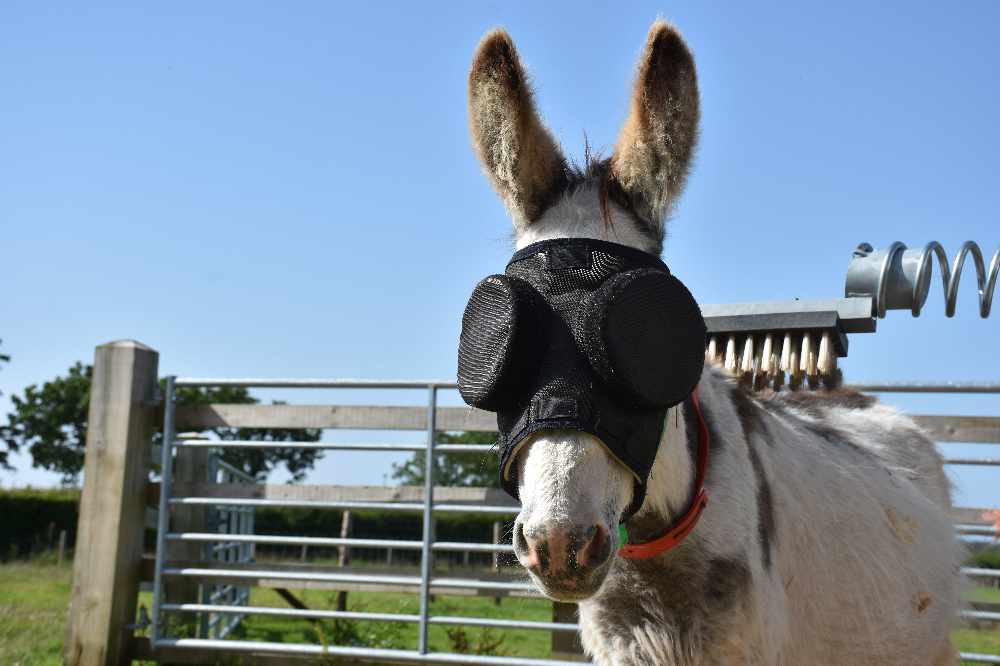 "Do they suit me?" (courtesy: Donkey Sanctuary)

He was blind but now can see

Jonty the donkey has reason to celebrate this summer. As Devon swelters under the summer sun, he's regained his sight after going blind temporarily following an incident with a thorn.

Jonty's problems began when the thorn embedded in his hoof. Although it was removed by top-notch vets at the country's largest donkey hospital, it led to an eye inflammation and subsequent sight loss. That sent the people at Sidmouth's Donkey Sanctuary into overdrive in an attempt to keep Jonty smiling.

They've developed a special mask for him that blocks UV light. Now as he recovers his sight, he can cope more easily with the bright summer sunshine. Vet Vicky Grove says: "The mask is just like wearing sunglasses, and Jonty has made some good progress although the back of his eye is still damaged."

To test Jonty's progress, he's taken part in a donkey obstacle course, and passed! The Donkey Sanctuary believe he's now just partially sighted. He'll be wearing the mask for much of the summer whilst he convalesces. But you can't see him at the moment. He's not making public appearances.