Call for review of derelict development sites after Torquay fire 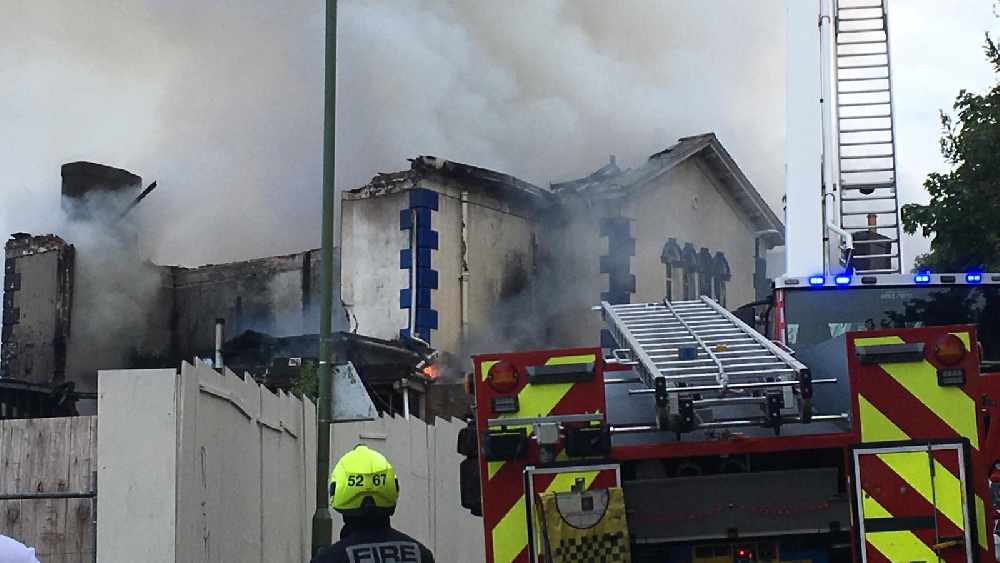 A senior councillor will be seeking assurances on fire safety at derelict development sites around Torbay following the Shedden Hall Hotel blaze.

Liberal Democrat Nick Pentney is the councillor for the area and has been urging action at the site described as an “eyesore” on a hill overlooking Torquay seafront.

Local building company PC South Devon Ltd was given planning permission by Torbay Council in May 2017 to convert the main building into four flats, demolish modern extensions and build seven houses in the grounds.

But local councillors and Torbay MP Kevin Foster have raised concerns about an apparent lack of progress at the site which has been the target of vandalism and arson.

The fire service incident commander at Shedden Hall reported the suspected cause of the fire as “controlled burning” by contractors.

Cllr Pentney said he was pleased that initial reports from the fire indicated that no one had been injured.

He said that whatever the cause of the fire at Shedden Hall, it was important that the fire risk at derelict sites was minimised and development projects happened “in a timely manner” after being given approval.

He said: “Whilst we have these derelict buildings, we need to work with the developers to find a way to bring forward their projects, and to ensure the risk of fire and other harm is minimised.”

Cllr Pentney, who represents the Tormohun ward, is expected to become chair of the council’s planning committee next week. He is a senior member of the alliance of Liberal Democrats and Independents which has taken control of  the authority after last month’s election.

Ten fire crews were sent to the scene on Shedden Hill after multiple emergency calls early on Tuesday morning.

The incident produced a cloud of smoke which could been seen across Torbay.

The council asked people to stay away from the area and those living or working in buildings downwind were advised to close their windows to keep out smoke and fumes.

In February this year MP Kevin Foster said in his newsletter to residents: “Despite some signs of demolition work last year the eyesore which is the Shedden Hall Hotel is still standing in a prominent location in our bay.”

A council spokesman said then it was in regular contact with the owner and would stress the importance of the appearance of the site.

Planning permission for a development expires after three years.

No one was available at PC South Devon Ltd to comment on Tuesday morning.