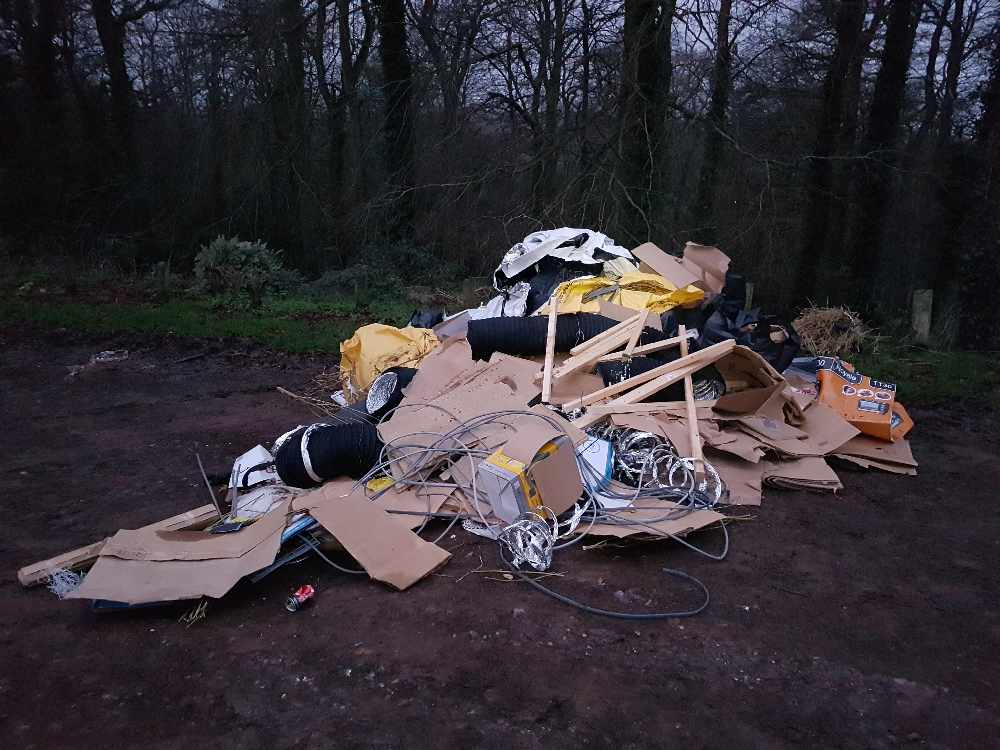 The site had been targeted "repeatedly".

Forestry England says the beauty and health of Stoke Woods, and its visitors, is being put at risk because of fly tipping.

The latest heap of rubbish appeared only days after a quantity of tyres were flung into the woods, and included a number of cannabis plants, construction materials, and pizza boxes.

Police from Exeter seized the plants and are trying to trace the contact details on the pizza boxes in the hopes of identifying the culprits.

Forestry England ranger, Rob Greenhalgh, said: “It’s baffling that a small number of people think it’s acceptable to treat beautiful places like Stoke Woods with such contempt. We should all be doing everything we can look after nature’s special places, now more than ever when the climate crisis is so high on the agenda. Stoke Woods is a protected habitat, much loved by the visitors who use it, and it’s upsetting to all involved when we find it in this condition. The rubbish is removed at our cost, which is public money that could be better spent caring for the forest.”

St Davids resident, Debbie Laming, said: “The vast majority of people who visit these special woods come and go without leaving a trace. But our beautiful little safe havens are all falling victim to this litter culture, it’s just everywhere and it’s constant. I often pick up rubbish around the woods, and these fly tips make me so frustrated, sad and angry. I find huge amounts of builders’ waste, every kind of fast food container, and wet wipes and picnic wrappers. It all has a devastating impact on the wildlife and habitats here and at other woodlands and forests. There’s a big push to pick litter up from beaches but we need to educate people generally how to dispose of rubbish correctly. We are all keen to help in any way we can.”

PCSO Paul Goodier, Exeter Neighbourhood Police Team, said: “We are supporting Forestry England rangers to discourage this irresponsible behaviour. Residents can help by always making sure that any rubbish produced in their home is collected by a waste carrier licensed by the Environment Agency. Fly tips can be reported to Exeter City Council, or on 101, to be investigated and removed.”

Fly tipping is a criminal offence which carries large fines and even prison sentences. Members of the public shouldn’t look through the waste themselves, in case there are sharp or hazardous items. Fly tipping should be reported to the relevant district council.