Can't go to the City match? 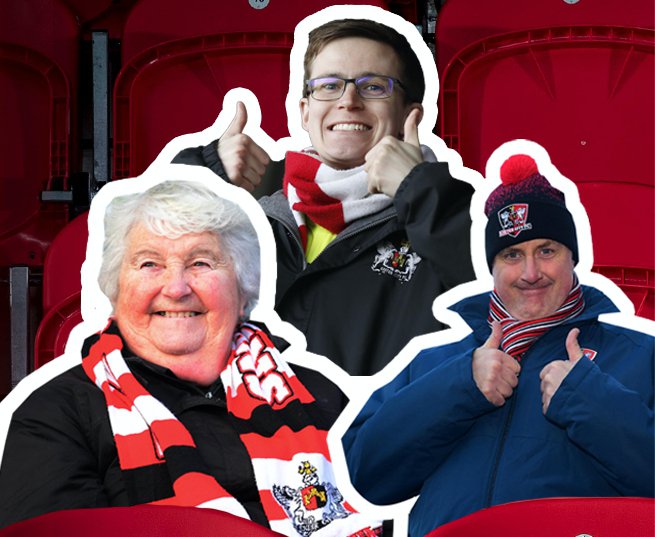 Have a replica of yourself made!

The crowd at Exeter City's next match won't be as raucous as usual; they'll be made of plastic.

With fans banned from the play-off against Colchester at St James Park on Monday 22 June, the stands will be occupied by cardboard cut-outs - of real people.

For that day the normal swathe of people in replica kits will be replaced by replica fans - at £25 a throw.

The club is planning to get all the cutouts signed by a member of the squad and collected by fans at a later date. It is also offering fans who live abroad the option to pay for the cutout to be posted to them.

Order one and you'll have your image are cast in recyclable polypropylene, a toxin-free plastic that doesn't leach chemicals into the environment/ And you'll be durable, strong and weatherproof, whatever the merits of your physique in real life.

Exeter City marketing manager Scott Palfrey said: "Coronavirus has had a huge impact on football clubs across all leagues, and Exeter City is no different, with the loss of matchday revenue hitting our finances hard. This Grecian in the Ground campaign is an opportunity for fans to support their club, and ensure they’ve got their face in the crowd for the play-off game and any future games which have to be played behind closed doors.

With Father’s Day on the Sunday before, we reckon it would make the perfect and unique present for football-loving dads!"

Orders will be taken until 9pm on Thursday June 18. Any orders placed after this time will be used if subsequent games are played behind closed doors next season. Exeter City can't take responsibility for cutouts damaged during a match - fighting with opposition fans, leaping out of a seat with joy at going to Wembley, anything at all.

Last month a South Korean club was fined for filling seats with sex dolls dressed in replica kit. So keep the image you upload clean!

To get your cutout visit https://www.faceinthecrowd.store/