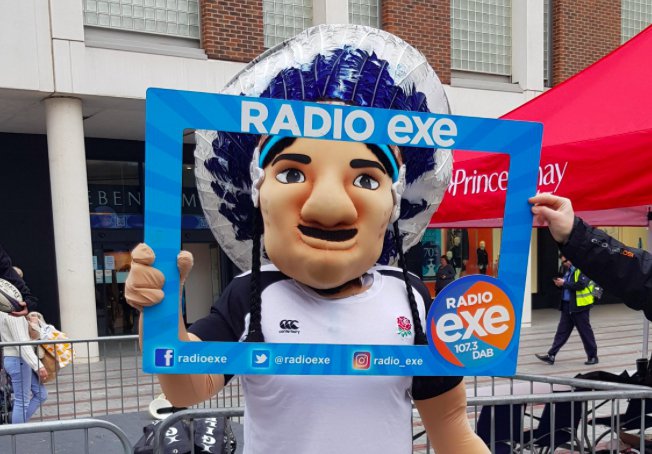 The group that started the campaign for Exeter Chiefs to abandon its Native American imagery says the club's refusal to do so "sticks two fingers up to all minorities."

On Wednesday, the Chiefs' board decided that its logo was "in fact highly respectful" and that over the years they've welcomed "players and coaches from around the world with a wide range of nationalities and cultures." But they accepted that club mascot Big Chief "could be regarded as disrespectful" and so he has been retired.

Exeter Chiefs Fans for Change are furious with that, accusing the club of being "tone deaf."

They say: "It's incredibly disappointing that Exeter Chiefs has thrown away this opportunity to show itself as an inclusive club. Indigenous peoples have made it clear time and again that all used of their imagery in this way are offensive, harmful and unacceptable. Exeter's refusal to fully listen to these pleas is tone deaf and sticks two fingers up not only to them but to all minorities."

They go on: "This decision will not age well for the club. There is no doubt that the branding will eventually have to change as it is clear depictions like this are no different from gollies and other relics of the past."

More than 3,500 people signed a petition requesting the Chiefs to change their branding, whilst keeping the name. Two counter petitions also gathered support.

Exeter Chiefs say they will be making no further comment on the issue. The Exeter Chiefs for Change statement in full is below. 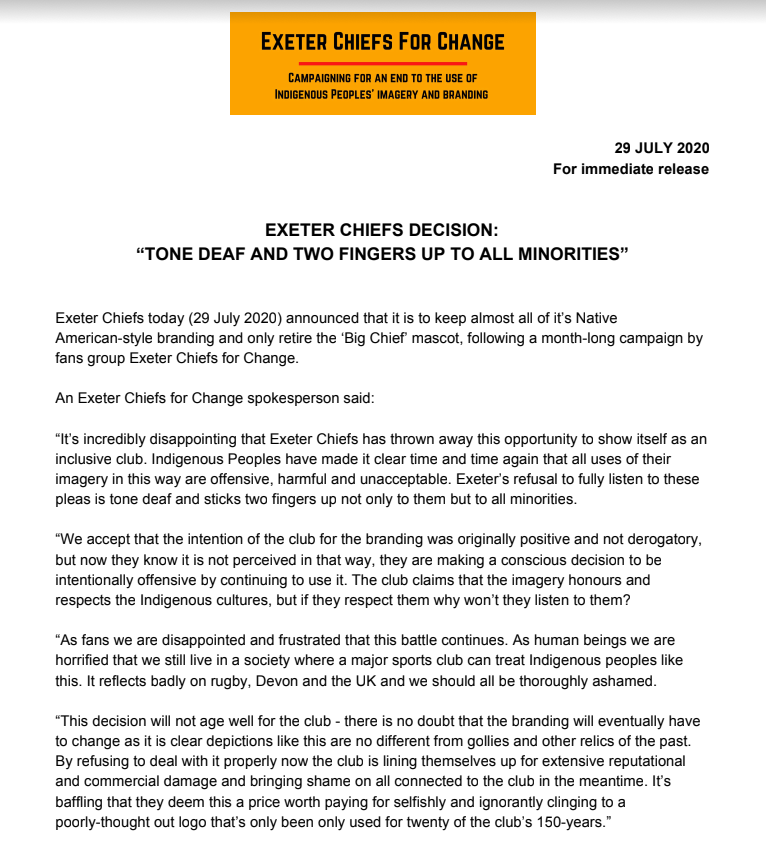