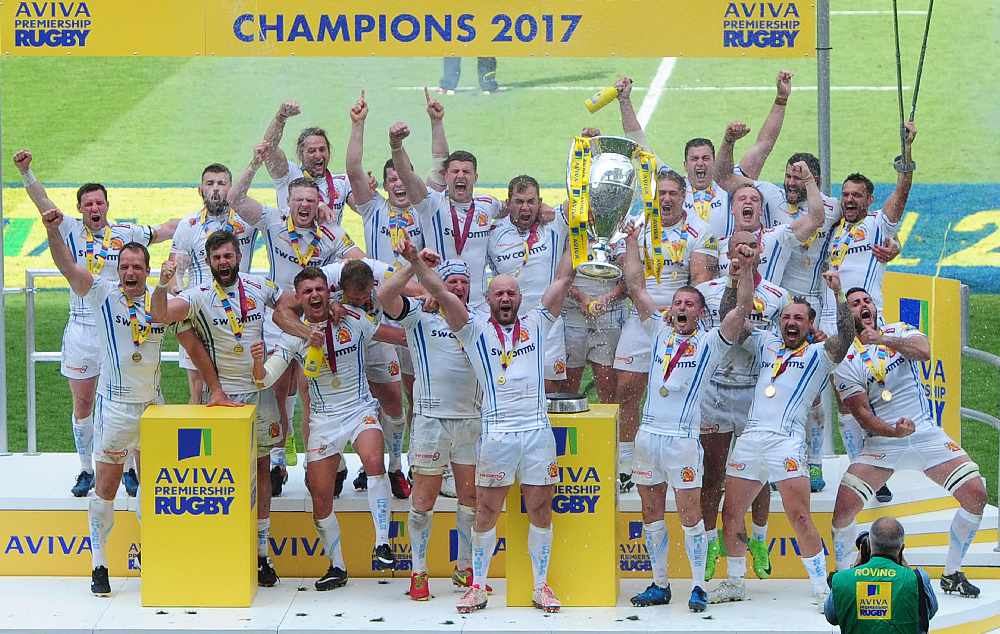 Rugby has gone the way of other major sports and suspended matches in the immediate future. Initially, the Premiership will be on hold for five weeks. European Champions Cup and Challenge Cup quarter finals due over the first weekend of April ill now not be played because of the Covid-19 pandemic. The organisers of those European games says they'll try to find a solution to enable the completion of the tournament.

Premiership Rugby says: "We are sorry to tell our fans that we will be postponing our season for five weeks, in line with today’s advice of Prime Minister Boris Johnson, which confirmed that the Government would no longer support mass gatherings. The safety of our fans, players and staff is our first priority, and we would like to wish all of those who are affected our heartfelt best wishes and a very speedy recovery.

We’ll continue to work closely with DCMS and Public Health England, and to follow the advice of medical experts, and work with our clubs to help them to support their own wider communities at this time. We are working together with our broadcast partner BT Sport to create exclusive rugby content in the coming weeks."

The five-week suspension means that the next scheduled game for the Chiefs is a Premiership match against fourth-placed Northampton at Franklin's Gardens on Saturday 25 April.

On Air Now Exe at Night Playing One U2
On Air