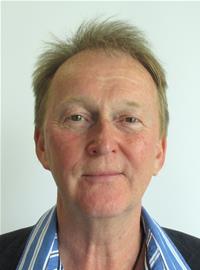 The former leader of East Devon District Council has said he was left with "no choice" but to rejoin the Conservative party if he wanted to make a difference.

Cllr Ben Ingham, who led the Independent Group on the council until last month, has since ‘crossed the floor’ and once again become a Tory, the party he quit 15 years ago. In the intervening years he'd been an independent, before joining the East Devon Alliance and then returning to being an independent.

Since then, four further members of the Independent Group have defected – Cllr Peter Faithfull as a non-aligned Independent and Cllrs Kevin Blakey, Sam Hawkins and Kim Bloxham to from Cranbrook Voice. Cllr Ingham says if he wanted to participate and try and shape the future of East Devon, then only the Conservative Group could be taken seriously.

He said: “It took me years to build up the Independent group so I personally I couldn’t take the idea of the Independents coming back from this seriously. Three political parties (East Devon Alliance, Liberal Democrats and Greens) dominate the Democratic Alliance and with the seven in the Independent Progressive Group as well, it was impossible for us.

“There were just 10 of us left and you need 10 for a cabinet, so it was not possible to carry on. I couldn’t have stood for leader as I would have needed others to prop us up, so we had a chat and decided it was correct to dissolve the cabinet and cease the positions of the three who had left us. This forced the process for a new leader, which was right, as we could no longer hold the position.

“The long term policies for East Devon are so important for me and I’ve been an Independent for 15 years, so I don’t want to let go of my aspirations and ideas for the future of East Devon. They don’t fit in with the Democratic Alliance or the IPG, so thought, crikey, if I really believe in what I am doing and I don’t have faith in the Democratic Alliance and what they are trying to do, then if I want to participate then only the Conservative group can be taken seriously.”

Cllr Ingham said that back in February, with the Independent Group’s grasp on the council slipping as a minority administration, he considered a coalition with the Conservative Group to give the council some stability, but his decision saw some of his colleagues "take exception’ to it."

He added: “This was a bit of an eye-opener over their prejudice, as if we were going to have a coalition with them, you have to give them some roles. I have learnt in the last year that they quite admired our ideas and didn’t really challenge us on anything. They admired what we were doing and if I really mean it and want to make things happen, then I thought I have to join the Conservative group and maybe in the future then we can make them happen.”

Cllr Ingham said that he will be explaining his ideas and proposals to the group, as ‘some of them are really good for East Devon’, and hopes that they will be adopted by the party, but that making the jump back to the Conservatives was the only way his ideas could come to fruition.

He said: “I haven’t really got any choice if I want to participate. I don’t agree with some of the key attitudes of the Democratic Alliance and there is a chance that they won’t succeed and if they don’t, there is only one group, the Conservatives, who can pick up the pieces. It is going to be the toughest 12 months ever for the council and for them so they have taken on quite a challenge.

“It won’t be the Independents as they are such a small group, so the thing I can do, other than being a ward member, is to plan for a coherent recovery and if they fail we will be there to pick up the ropes. I am pleased they took me on board so will do my best to contribute to the future.”