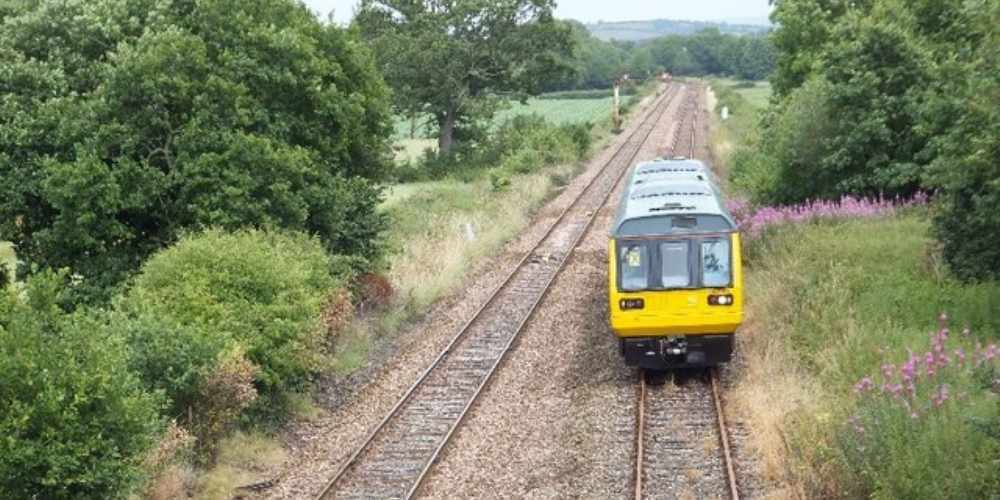 A train travelling along the Tarka line up to Barnstaple (image courtesy: David Smith / Geograph)

Support continues to grow for plans to reinstate the railway line between Bideford and Barnstaple after Torridge councillors signalled their backing.

The line to Bideford was a victim of the infamous Beeching axe in the sixties that slashed the rail network in Britain. The last timetabled passenger service was in 1965 but freight continued to use the line until the early eighties.

A campaign to reinstate the line is gathering steam, buoyed by the recent success of the newly reopened Exeter to Okehampton line as part of the government’s ‘Restoring Your Railway Fund’.

Following a presentation in April describing why the town should have its railway link restored by Tim Steer, director of the Bideford Railway Heritage Centre, Torridge councillors this week supported a motion for it to be part of its local plan.

Cllr Christie added that £5,500 has also been raised to pay a consultant to draw up details for a reopening.

“It is an aspiration, I realise that,” he said, “and I suspect there are many problems along the line, but I hope that you were impressed with [Mr Steer] – I know I was. What he’s looking for now is basically support from this council to match other bodies.

“There are going to be massive problems – we all know that – but it is an aspirational thing and he would like it put in our local plan.”

At the start of the year, Mr Steer also made his pitch to Bideford Town Council. Devon Live quoted him as saying: “If it was brought back, a Bideford for Exeter railway service would take just over an hour, and lead onto services to Waterloo via Axminster.”