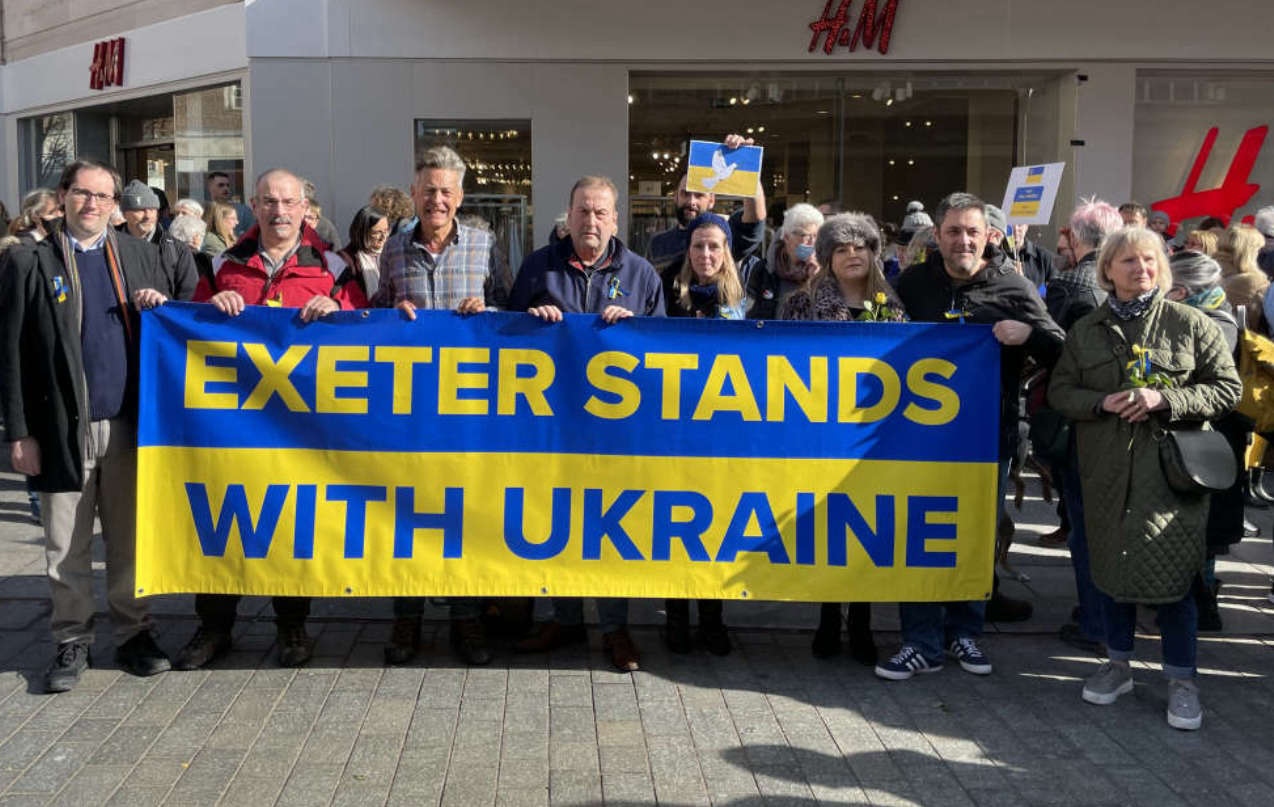 Exeter leader has family in Ukraine

Exeter councillors will be asked to suspend the city’s link with its Russian twin next week.

Since 1990, the Devon capital has been twinned with Yaroslavl, which is 160 miles north-east of Moscow and home to over half-a-million people. The link includes exchange trips usually held every other year.

Last week, following Russia’s invasion of Ukraine, a spokesperson for Exeter City Council said there were “currently no plans to alter Exeter’s twinning link with Yaroslavl.”

However, city council leader Phil Bialyk, who has family in Ukraine and organised a vigil for the country’s citizens at the weekend, will now ask the council to suspend the city’s “civic relationship with Yaroslavl.”

It comes after Glasgow councillors voted to suspend their link with Russian city Rostov-on-Don after news broke of the attack on Ukraine.

Speaking at Monday’s executive meeting, Cllr Bialyk highlighted measures he has taken since the crisis began, including writing to the home secretary to say Exeter is ready to support Ukrainian refugees forced to flee the country.

Cllr Bialyk said: “I am proud of my Ukrainian heritage and so you will not be surprised to hear that I have watched the unfolding news of the Russian government’s invasion with horror.

“I cannot stand quietly by and do nothing and so I wish to raise an urgent item for consideration at this evening’s meeting relating to the city’s on-going relationship with its Russian twinned city of Yaroslavl.

“I have thought long and hard about this, particularly bearing in mind the friendship and good relationships we have enjoyed with the people in Yaroslavl. However, I cannot condone the actions of the Russian government.”

Cllr Bialyk said he would be recommending the following to the full council when it meets on Thursday, 10 March:

While Exeter appears to have shifted on pausing its Russian link, Plymouth City Council has indicated that it will not break off ties with Novorossiysk, the Russian port city on the Black Sea.

“However, we have no immediate plans to rescind our friendship with the people of Novorossiysk, our twin city, and punish them for the barbaric actions of their government.”

The city’s iconic Smeaton’s Tower was lit up in yellow and blue on Thursday, the colours of the Ukrainian flag, while the council has condemned Russia’s attack.