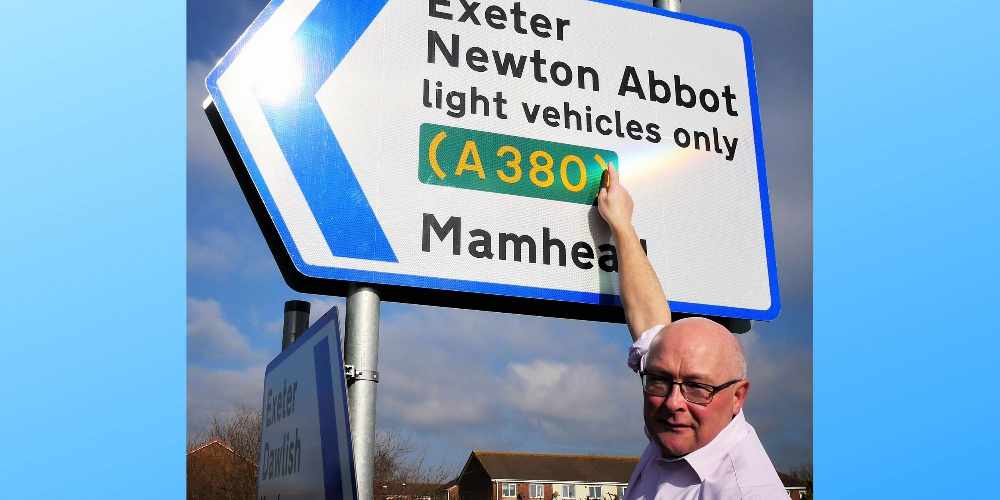 One of Devon’s most scenic routes which links the coast to the Haldon Hills could be ‘spoilt’ by a £3m improvement plan, a leading councillor has said.

The road from the estuary village of Starcross rises up through the woodland of Mamhead and leads to the Haldon Hills, but has seen increased use, especially by heavy goods vehicles in recent years.

But as traffic pressure builds and increases on the ‘not fit for purpose’ A379, the main coastal road from Exeter to Dawlish, the  Devon County Council’s Transport Infrastructure Plan includes £3m to upgrade the picturesque Mamhead route in order to ‘mitigate impacts of growth on the A379’.

No further details of what the plan for Mamhead to Starcross road would include are mentioned, nor is any timeframe, in the document that goes before the council’s cabinet next Wednesday,

Cllr Alan Connett, leader of the Liberal Democrat Group and whose Exminster & Haldon county division includes Starcross, Kenton and Mamhead, said that the plan is a ‘sledgehammer to crack a nut’ and that they ‘plan to spoil this beautiful country road with its amazing views across Kenton and Starcross and the Exe Estuary’.

Cllr Connett added: “Along with local residents I have been lobbying Devon County Council for several years now to stop big lorries using the Mamhead route. Now, it looks like they plan to spoil this beautiful country road with its amazing views across Kenton and Starcross and the Exe Estuary.

“Housebuilding in Dawlish and other places is seeing more traffic on the main A379 and the Mamhead route, but a £3 million scheme is a sledgehammer to crack a nut.

“The Mamhead route has County Council signs saying ‘light vehicles only’ and yet they have refused to put in a weight restriction banning heavy lorries. In places the road is simply so narrow lorries cannot pass and it is causing problems.”

He added that there was a cheaper and simpler solution could help solve the problem, saying: “Everyone knows the big issue for traffic is the pillars at the old Courtenay Arms in Starcross, the white pillars which stick into the road. What most people want is a set of traffic lights to manage the traffic through Starcross.

“If we could achieve that, along with some other low-cost highway solutions in Starcross and a lorry ban on the Mamhead route, we could sort out these problems for much less than £3m and protect one of Devon’s scenic routes.

“I am delighted that the County Council has recognised the problems faced in Starcross and on the Mamhead route. However, we need a plan which protects the beauty of the road from the coast to Haldon and helps traffic through Starcross. I am sure this could be done for much less than £3m.”

The Mamhead route proposal is one of 110 transport infrastructure scheme which has been identified to deliver growth across the county which are included in the Devon Transport Infrastructure Plan ‘Delivering Growth to 2030 in a low carbon environment’ which goes before the County Council Cabinet on Wednesday.

The meeting takes place ‘virtually’ with councillors dialling in via videolink as a result of the coronavirus outbreak and follows the Government passing the legislation that allows councils’ to conduct meeting remotely.

The cabinet are recommended to approve the Transport Infrastructure Plan, as well as allocating budgets are allocated to the Local Transport Plan schemes set to be delivered in the next two years.