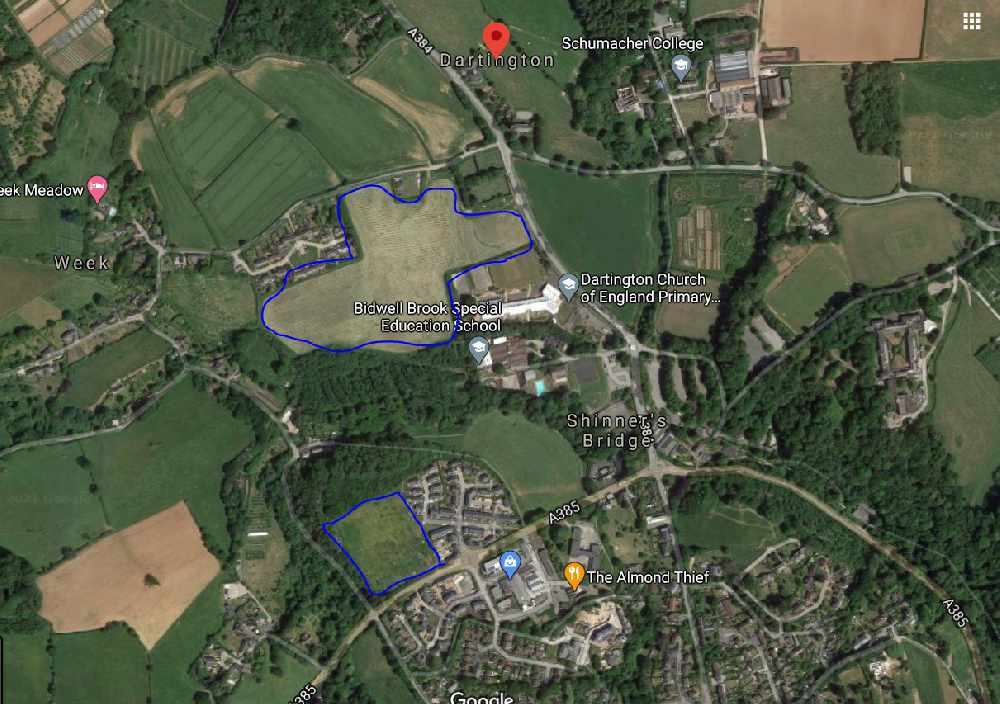 Development could be bad for foraging bats

Campaigners against a proposed housing development in Dartington say if the plans go ahead they will have a devastating impact on the ecology of the area.

An independent ecological survey, commissioned by local campaign group Don’t Bury Dartington Under Concrete, claims that serious flaws have been uncovered in the ‘ecological impact assessment’ (EcIA) submitted by the Dartington Hall Trust and housing developer Baker Estates as part of a joint planning application in support of its proposed housing development.

The sites – at Broom Park and Sawmills North – cover two fields with 120 houses and propose that ancient meadow be dug up to provide a basin for runoff water channelled under the A385.

The ecological impact assessment report from the developers accompanying the planning application concludes that that the development would not have an adverse effect on the integrity of the South Hams SAC or any other European-designated site.

However, renowned ecologist John Day, who surveyed the meadow earmarked for the attenuation basin, claims there has been a serious underestimation of the value of the habitats and he call into surveys conducted over all three greenfield sites by the developer’s ecological consultants.

Mr Day claims that the EcIA seriously underestimates the numbers of species present, with the fields containing more than twice the number of species than the number identified.

He added the area contains rare species consistent with its status as an ancient grassland, that the diversity of the plants provides habitats for insects and this makes it an acknowledged important area for foraging by endangered greater horseshoe bats and any changes to this habitat could have serious consequences for this species.

A spokesperson for DBDUC added: “Natural England, and the local planning authority ecologist have asked for further surveys and together with Dartington parish council have raised serious concerns about the impact that this proposed development will have on the ecology of the area. The developers have failed to cooperate.

“The proposals have already generated many hundreds of objections from local residents. I am afraid that actions speak louder than words.

“At a time of climate crisis and unprecedented species decline, it is shocking that the developers think that they can provide a sloppy and poor-quality EcIA and then, to make matters worse, suggest that to mitigate the devastating impact on irreplaceable ancient meadows by simply throwing around some wildflower seeds is in any way good enough. It is not acceptable for developers to operate in such a reckless way.”

DBDUC is supporting calls by Natural England and others that the importance of the priority habitat indicates the need for either a district or county level evaluation before any application can be considered.

Both sites are allocated for residential development as part of the adopted Plymouth and South West Devon Joint Local Plan, and the site does not contain or form part of any statutory designations.

Details with the application stated: “The site is dominated by poor semi-improved grassland of low ecological value and is bound by hedgerows and plantation broadleaved woodland of moderate ecological value.

“Further ecological surveys have been undertaken for a range of species including reptiles, breeding birds (including cirl buntings), bats, dormice and badgers. Slow worms, grass snake and common lizard were recorded along field margins along the northern boundary of the site. No evidence of cirl bunting was recorded but a number of common and widespread birds, including species on the RSPB Red List and/or Priority Species, such as dunnock, bullinfinch and song thrush, were considered to be breeding within the site.”

It added: “The appraisal considers the impact on the development on the wider landscape character and landscape receptors to be neutral. While the loss of a currently undeveloped field would be adverse, this is an inevitable effect for the development on any greenfield site.

“In terms of visual effects, those people who will experience the largest change in view are those in residential properties in the immediate surroundings. While the proposal will result in a change to the existing visual composition, the design and type of development is not uncharacteristic and seeks to complement existing built context.

“The proposed development accords with the Development Plan. We have gone on to consider whether there are any other material considerations that point towards a decision that does not accord with the plan and none are considered to be of sufficient magnitude.

“On the contrary, the proposal will deliver a number of benefits including the delivery of much needed market and affordable homes, public open space and ecological enhancements.

“The site is sustainably located adjacent built up area of the village and is within distance of local services and facilities. The ecological investigations that have been carried out demonstrate that there will be no impact upon the integrity of the South Hams SAC and the development is acceptable in heritage and landscape terms.”

South Hams District Council planners will decide on the applications at a later date.