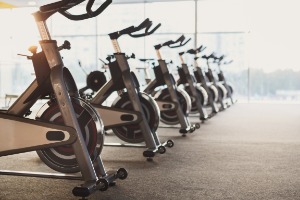 Council and police officers visited Brute Force Body Building Gym in Pilton on Monday 25 January and Platform Gym in Pottington the following Friday after receiving complaints from members of the public.

When they arrived officers found the gyms open and customers present. Both gyms were issued with prohibition notices, a legal instruction to remain closed during lockdown. They were also fined £1,000 each by the council, while a number of members of public were fined £200 by the police at one of the gyms.

Nine North Devon hand car washes have been found in breach of the regulations since the start of the third national lockdown, but in these cases, informal action was taken as it was believed the breaches were made as a result of a lack of understanding over the guidance.

Leader of North Devon Council, Cllr David Worden said: “With coronavirus infection rates being so high, blatant breaches of government rules such as this not only put individuals at risk but also put the premises at risk of enforcement action. We are grateful to our residents who were vigilant and proactive enough to report these incidents of covid regulations breaches to us, which we are then able to follow up with the police.

“This joint action with our police colleagues proves how seriously we are taking breaches of this legislation. It is there to save lives and we will not hesitate to act on any reports of people breaking the law and putting our local community at risk.

“We would also like to take the opportunity to thank all the businesses who have complied with Coronavirus Restrictions Regulations – our officers are finding many more examples of compliant than non-compliant businesses. Those choosing to do the right thing in these difficult times are in the majority and we are grateful to them.”

Sergeant Noel Bourke, Devon and Cornwall Police’s community safety sergeant for North Devon, Torridge and West Devon added: “The vast majority of businesses in our area have respected the regulations and are doing their utmost to comply with the measures and I recognise that this has been incredibly testing time for them all. The police and the council have invested a huge amount of energy to engage, explain and educate, however for the minority who continue to act irresponsibly, as in this case, we are left with no alternative but to take formal action.”

Officers from the council’s food, health and safety team have also have also visited supermarkets, car showrooms, DIY stores and other large retailers in North Devon to check that they are complying with coronavirus legislation.

To report a suspected breach of coronavirus legislation, call North Devon Council on 01271 388870 or report it online at www.northdevon.gov.uk.