Radio Exe on the road with DCW 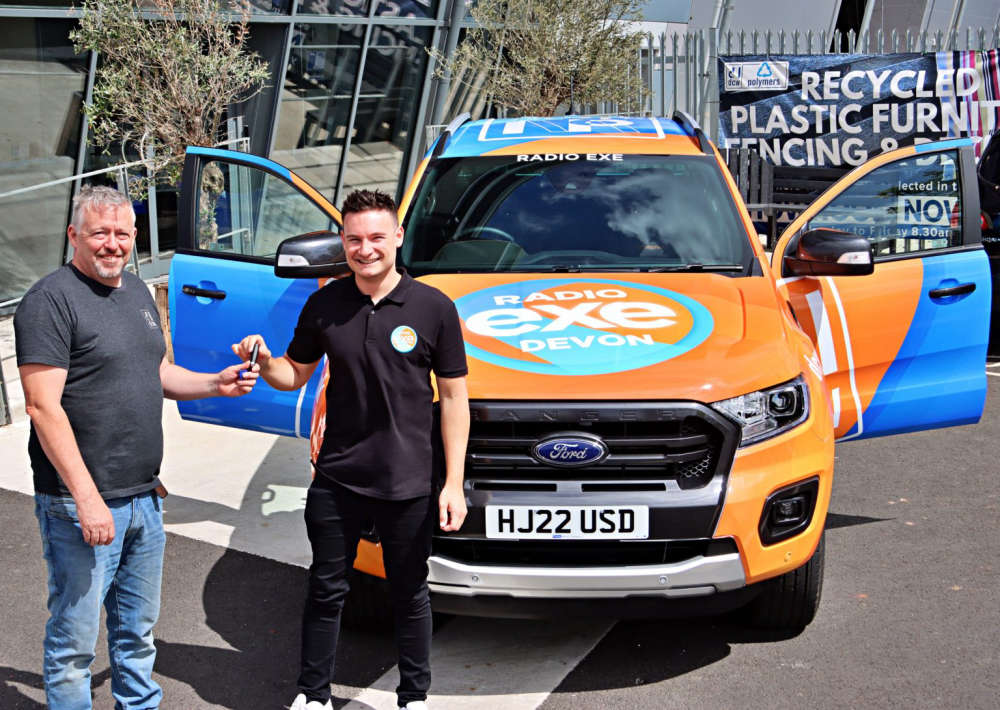 Devon's 'zero to landfill' company DCW and Radio Exe have joined forces to get out and about across the county.

DCW has provided Devon's commercial radio station with a brand new Ford Ranger promotional vehicle and, with the help of GK Signs, has made it stand out in a crowd!

Programme manager Presenter Ashley Jeary dropped into the DCW Enviro Hub in Exeter to pick up the vehicle. And now, with his fresh set of wheels, he's going to be at events all this summer and beyond.

Starting with 'Free Fuel Fridays' in association with Vospers, Radio Exe will be in Exeter, Plymouth, Torquay, Paignton, Exmouth and Barnstaple in May and June.

The station will be at both Exeter Pride and Exmouth Pride.

And later in the year, there are Christmas lights to turn on