Devon and Cornwall crime up 12 per cent 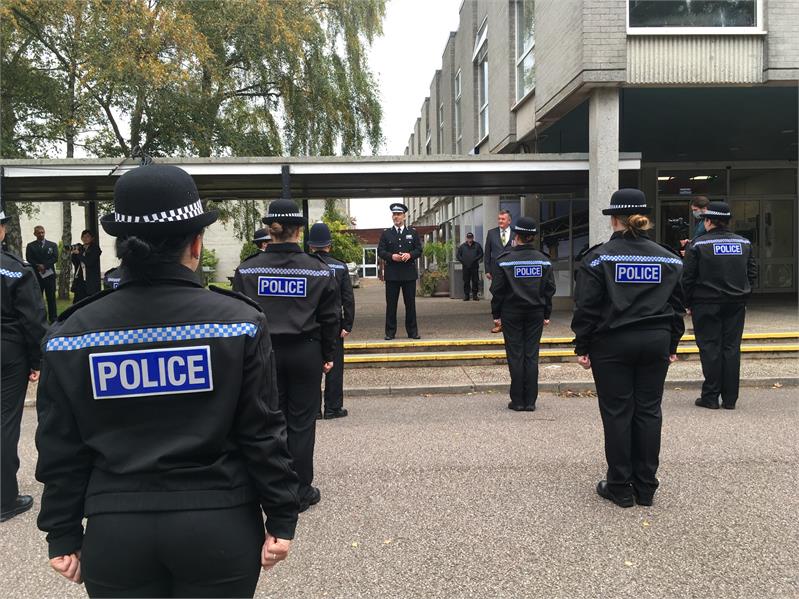 Attention! Crime's up 12 per cent!

But region is still second-safest in England

Devon and Cornwall continue to be one of the safest places to live, work and visit in the country with the second lowest total crime rate in England - although crime has risen in the past year - and sex offences are up by a third.

The latest Office of National Statistics (ONS) crime figures for the 12 months March 2022 show a 12 per cent increase in recorded crime with 57 crimes per 1,000 population. This rise is likely because of crime returning to pre-covid levels and follows national trends.

Temporary deputy chief constable Julie Fielding said: “The latest crime statistics reflect how our region is adjusting to life post lockdown having emerged from the covid-19 pandemic and is a testament to the hard work and dedication of our officers, staff, volunteers and our work with communities and partners.

“We have seen an increase in overall crime which has coincided with the steady return to normality with people being more active post lockdown. The return of the evening and night-time economies and the numbers of visitors to the counties have increased and we are working hard with our partners to tackle and prevent crime and protect vulnerable people.

“Some aspects of crime have not returned to their pre-covid levels in Devon and Cornwall. All burglary offences have seen a decrease of seven per cent, falling during the lockdowns and not rising back to their former levels. During the pandemic and particularly during lockdown periods many people worked from home and did not travel or leave vehicles unattended away from the home. As restrictions have eased many people have adopted hybrid working patterns with more working from home than pre-pandemic which has reduced some of the opportunities for offending.

Some crimes have risen both in Devon and Cornwall and nationally including sexual offences which have risen locally by 30 per cent. Nationally, policing has seen increases in rape and sexual offences starting in March 2021. This coincided with the ending of lockdown and an increased focus on violence against women and girls – factors that have driven an increased confidence to report sexual offending among victims in Devon and Cornwall.

Possession of weapon offences increased by eight per cent, however, the overall crime rate per population is low, at 0.7 offences per 1,000 population. The police are putting that down to their own success at catching more people in what they call "proactive policing operations."

Alison Hernandez, Police and Crime Commissioner for Devon, Cornwall, and the Isles of Scilly, said: “While I am pleased to see relatively low levels of recorded incidents for the area, and these figures remind us of how lucky we are to live here, we must remain committed to encouraging more people to report crime, so we have a more accurate picture of offending in the force area.

“We know crimes like shoplifting and sexual offences are still under-reported and I would encourage victims to come forward so we can offer them the help and support they need. With the Government uplift and monies from our local communities Devon and Cornwall Police is able to reach record officer numbers and is in a strong position to be able to respond to and prevent crime, but we cannot do that without the support and engagement of the communities we serve.”