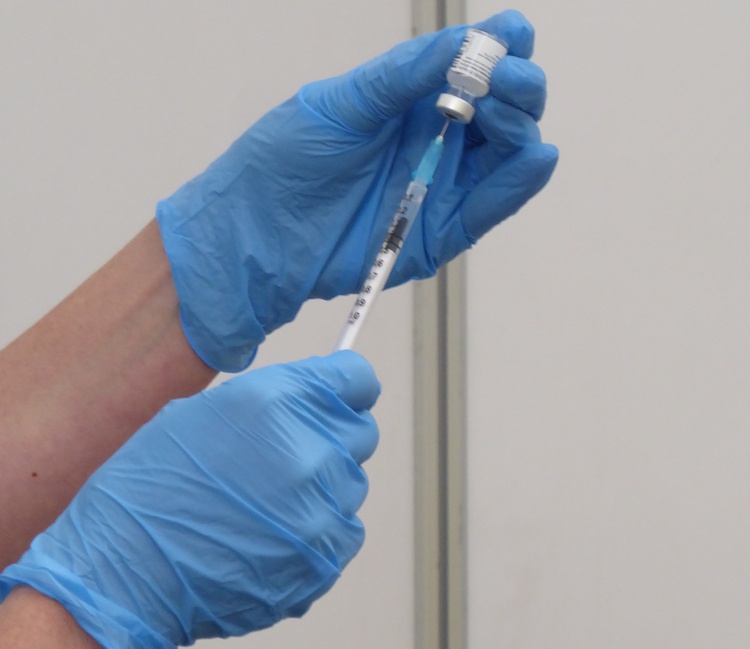 Covid infection rates across Devon have risen for the fourth week in a row with all parts of the county still higher than the UK average.

The average infection rate across Devon is now 774 per 100,000 of the population, compared to the national average of 497.

After having the highest rate in the country for the past fortnight, cases in Torridge fell, with 633 infections, 13 per cent fewer than the previous week. Nevertheless, the rate remains high, with 921 cases per 100,000, 85 per cent more than the national average.

The Devon County Council area, which excludes Plymouth and Torbay, saw infections increase significantly, with 5,925 people contracting covid; 486 (9 per cent) more than last week. The area’s infection rate is 731 per 100,000.

More than five cases of the Omicron variant have now been identified across Devon. This more transmissible form of the disease is expected to overtake Delta to become the dominant form of covid.

The latest available complete data (on Tuesday 30 November) showed 148 patients with covid were in Devon’s hospitals, down 15 from last week. Sixty-three were at Derriford Hospital in Plymouth, 42 at the Royal Devon & Exeter, 23 in Torbay and 20 in North Devon.

Of the total number of patients, 12 were in ventilation beds.

Eleven people died within 28 days of receiving a positive covid test in Devon in the most recent complete seven-day period (up to Sunday, 5 November) – eight fewer than in the previous week.

Four people died in the Devon County Council area,  with an addition four deaths in Plymouth and three in Torbay.

Across Devon, a total of 1,372 people have now died within 28 days of a positive covid test.

Eighty-seven per cent of people aged 12 and above have now had at least one dose of a vaccine in the Devon County Council area, which excludes Plymouth and Torbay, with 81 per cent receiving both doses. Forty-three per cent have now had their ‘booster’ dose.