Devon 'will be ready' for Brexit despite uncertainty, says council leader 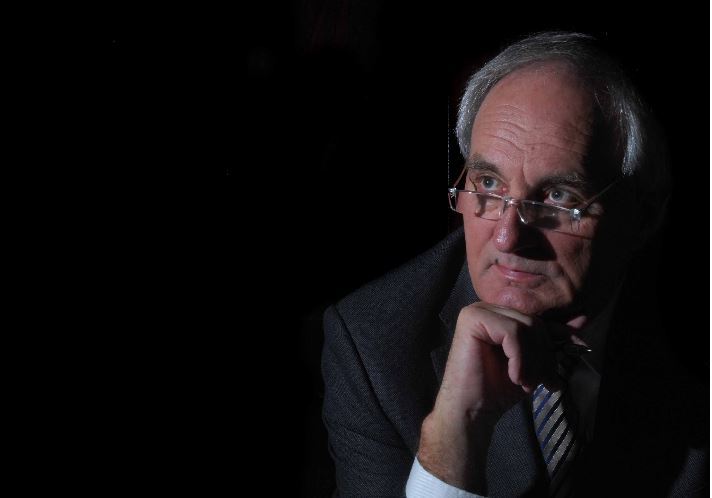 Devon ‘will be ready’ to tackle a No Deal Brexit, the leader of the council said, despite not knowing what it will mean in terms of supplies of fuel and food.

Councillors on Thursday voted to endorse the work being carried out to support Devon residents and businesses through the Brexit period and to help understand and minimise the impacts where possible and take advantage of opportunities.

But the ruling Conservative majority rejected an amendment to the motion from Cllr Martin Shaw which said that as a No Deal Brexit will cause serious harm to Devon, the council should write to the Government to tell them they should take all steps to prevent it from arising.

Cllr Shaw said: “There is harm that is already happening and there are real fears here in this council about the prospect of Brexit and a danger of the no deal. The stark reality is that the Prime Minister has adamantly refused to take No Deal off the table and appears to be pushing us towards a situation where it is to not possible to prevent No Deal.

“We need to go towards other options, including a referendum on the terms of the deal that has been secured or whether we want the existing membership of the European Union, which seems to be an eminently sensible solution. The council needs to take a stand and support what the leader of the council has said in that Brexit has been a shambles.

Cllr John Hart, leader of the council, said there is still much uncertainty as to the likely outcome of the Brexit process, but has gone on record on his own concerns over Brexit.

In a recent interview with the Western Morning News, he said: “Brexit is a shambles. I keep saying that. We could get to the end of the process and we’ll fall off a precipice. I don’t know if that will happen.

“I was talking six months ago about food shortages and everybody laughed at me. But now the supermarkets have come out with the same story.

“People need to start thinking. If we have no deal there could easily be an impact that some people don’t see, can’t see, or won’t see.”

Cllr Claire Wright also outlined her concerns over Brexit, saying: “It has fractured party politics and terminally split the two main parties. No sensible decisions are close to being made and the Prime Minister is behaving like an automaton on repeat, even more than usual.

“The prospect of Brexit is already damaging the economy and this country is heading for a completely mad No Deal Brexit which will be extraordinarily damaging for years to come.

“The Government have been reckless and the only way out of this self-inflicted shambles is to have another referendum. We have to at all costs avoid a No Deal Brexit.”

But Cllr Shaw’s amendment did not find support from the Conservative majority on the council, including Cllr Hart, who instead voted for the cabinet amendment to endorse the work being carried out to support residents and businesses through the Brexit process. Cllr Shaw’s original motion had called for the council to support a People’s Vote on the terms of any negotiated deal against remaining in the EU.

Cllr Emma Brennan had also asked for a report on the impact that a No Deal Brexit would have on Devon County Council’s finances, its ability to provide statutory services, and on our expectation of the overall impact on jobs, the economy and the environment in Devon.

Cllr Hart, in his report, said that it is very difficult for the County Council to predict, plan and understand the full economic, environmental and social impact, both positive and negative, of Brexit, compounded by a lack of information from the Government about possible contingency plans relating to a No Deal scenario.

Cllr Hart added: “What is certain is that the County Council is determined to help our communities and businesses to deal with whatever occurs. The situation is not of our making, but we stand ready to play our part in helping Devon to deal with any immediate and/or future challenges.

“In the event of a No Deal Brexit, the Government is likely to announce a major incident and it will be the responsibility of Local Resilience Forums to co-ordinate a response.”

He added: “The County Council itself is preparing contingency plans to enable us to continue to provide our statutory services should there be a No Deal Brexit. We do not know what this will mean in terms of supplies of fuel and food but we are planning for all eventualities to the best of our abilities.”

“There is no short-term impact is expected on council finances as our settlement with central government for 2019/20 is agreed along with a Council tax increase and our business rates position is clear. However, future business rates income could be affected if businesses are affected by delays and potential cost increases from imports and exports. Currently it is not possible to quantify this.

“The Economy, Enterprise and Skills team are working with businesses to keep a close eye on performance and impacts on the Devon economy and we are currently awaiting a Government consultation on its proposed Shared Prosperity Fund which is expected to replace elements of the current EU structural funds.

“We are determined to rise to the challenge and deal with whatever we end up being faced with on behalf of Devon’s people, communities and businesses. The Government announced in January that it put £56.5m aside to assist Local Authorities with their Brexit planning. The Devon County Council share of the first tranche of £40m is £175,000 to be split over the next two financial years.”

Cllr Yvonne Atkinson though said that the council’s share of that cash was ‘laughable’ given the damage and harm it will do to the people in Devon.