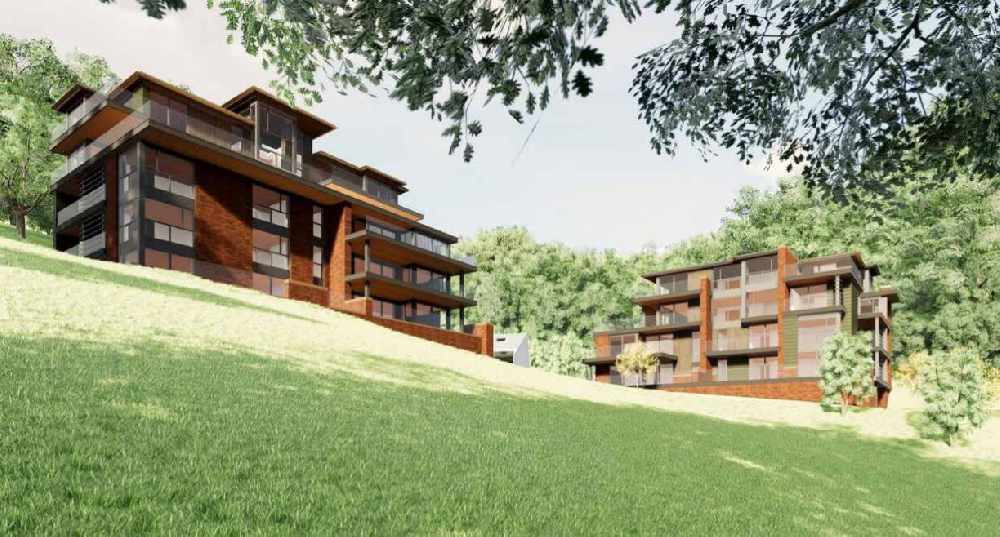 They can't cope with the pressure of extra elderly residents

English Care Villages has submitted plans to Torbay Council for a 159-home “continuing care retirement community” at Sladnor Park, a former holiday park near the village of Maidencombe on the coast between Torquay and Shaldon.

Maidencombe Residents Association says the apartments would be too expensive for locals and the isolated site two and a half miles from the nearest urban centre at St Marychurch would bring in outsiders who would increase pressure on health and care services.

Objections to the plan include one from Torquay GP, Dr Roger Fearnley, who warned health services were already “close to breaking point” and said the Sladnor park development would attract people retiring from outside the local area.

He said in a comment on the planning application: “This influx of people would put significant further strains on health and social care services which are already close to breaking point.

“I am not aware of any meaningful conversations between the developers and local GP practices. There seems to be the assumption ‘we will cope.’ We may not.”

Retired GP Dr Vivienne Thorn, who lives at Maidencombe, objected to the plan mainly because of its impact on local care services, and also questioned whether its isolated site could turn it into a “rich person’s ghetto”. She said the impact on health and social care had not been properly assessed.

Richard Whistance, of Sladnor Park Road, near the development site, said approving the scheme would ruin the natural environment of the land and open the door to developing other countryside areas. He said it would affect rare wildlife including legally protected bats, slow worms, badgers, cirl buntings and nesting buzzards.

He said: “This is not to be ignored; especially in these times of rapacious development and ecological destruction, Sladnor Park needs preserving as countryside.”

Torbay Coastal Heritage Trust is objecting on the grounds of ‘overdevelopment’ because the coastal land is part of a ‘Country Park’ outlined in the Torbay Green Infrastructure Delivery Plan.

The residents association says the development conflicts with the Local Plan and would create a precedent for building in the countryside, increase traffic, raise the risk of flooding in the village below the site and damage wildlife and the environment.

It is urging people to object to the proposals which include 43 assisted living units and 116 close care units at the disused former holiday complex, above the village where a manor is listed in Domesday records – an audit of the country carried out for William the Conqueror after his victory over the English king Harold at the Battle of Hastings in 1066.

The developer says the retirement village would serve Torquay and the surrounding area with a range of flexible accommodation and care options depending on people’s support needs, as the area’s population ages.

The company has said most of its feedback about the proposal during consultation between last October and March this year supported the development, “with people citing the need for such a development for either themselves, relatives or the community in general.”

It said an application in 2006 for a care village covering a bigger area than the current proposal had been approved, then lapsed because the applicant ran out of time to make a start.

The company says the current scheme is designed to support Torbay Council’s assessment of future adult social care needs. The council estimates by 2030 around one in three people (32%) of Torbay’s population will be aged 65 or over.

It would create 180 construction jobs and 100 local jobs when it was finished, and the occupants would generate more income for the local economy. It is expected it would take around two years to build.

A consultation document said the scheme would include a management plan to safeguard the environment, and rare species including bats would be protected. The accommodation had been designed to fit into the landscape and not block views from the coast path, with 167 of the 195 parking spaces under the buildings.

Traffic would be low level and spread through the day, with a minibus and subsidised public transport for staff, and a residents’ travel service, likely to include a minibus and electric vehicles.

Measures would reduce the flooding risk from the site, and South West Water had confirmed the development could be connected to the main sewerage system.

According to a website published by Maidencombe Community Group, Sladnor Park operated as a holiday complex until 1988, and at that time was made up of 16 lodges and 32 chalets in 61 acres. The main Victorian house which contained leisure facilities was demolished after a fire in 1994.

A series of proposals and applications followed for leisure, hotel, housing and retirement  developments use, with the site changing hands several times. In 2015 Torbay Council removed it from its list of viable sites for housing.

Details of the planning application are published on the Torbay Council online planning portal, where people can add comments during a consultation period ending Tomorrow (Wednesday, December 12th). It is expected to be decided at a meeting of the council’s development control committee in the next few months.