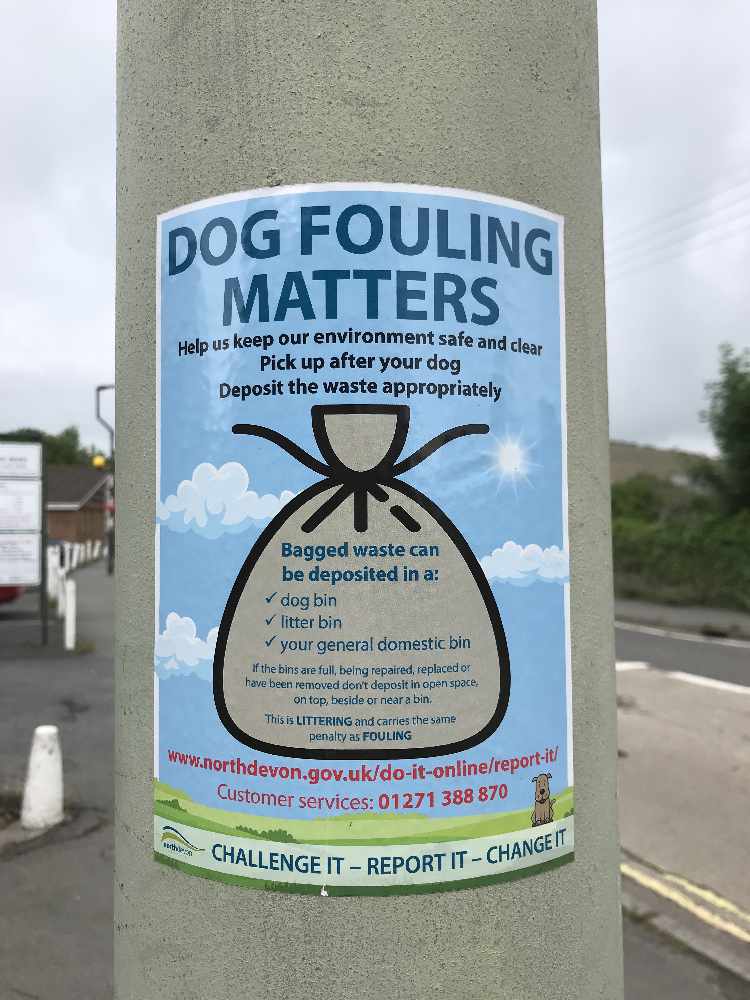 A woman who has written to North Devon Council to complain that a campaign against dog fouling satirises the Black Lives Matter movement has won an apology, but no promise to remove the posters that have offended her.

North Devon District Council's 'Dog Fouling Matters' publicity has been running for 18 months, but local resident Yasmin Beck is concerned. She's picked up the matter with the council. In a letter she says: "Unfortunately your slogan ‘Dog fouling matters’ uses a satirical play on words which undermines the Black Lives Matter movement. This poster gives a feel of pointing a laughing finger at the many people driving forwards for positive change.

“Take them down and loudly show your support. Let’s get North Devon Council behind this movement, rather than looking as though they’re snickering at it.”

In response, a North Devon Council spokesman apologised, claiming any similarity in the wording is coincidental. It says: “We are sorry for any offence which may have been caused by the wording on some of our dog fouling stickers. This poster was developed a while ago when the prominence of the Black Lives Matter campaign was not as large as it has been recently and the posters have been up around the district for approximately 18 months.

“We hope that the complainant will understand that there was never any intention to cause offence, and we are happy to take feedback from the public on board so will raise this with the relevant team to consider for any future posters.”

Ms Beck has provided suggestions about what could be printed on dog fouling posters instead, such as: