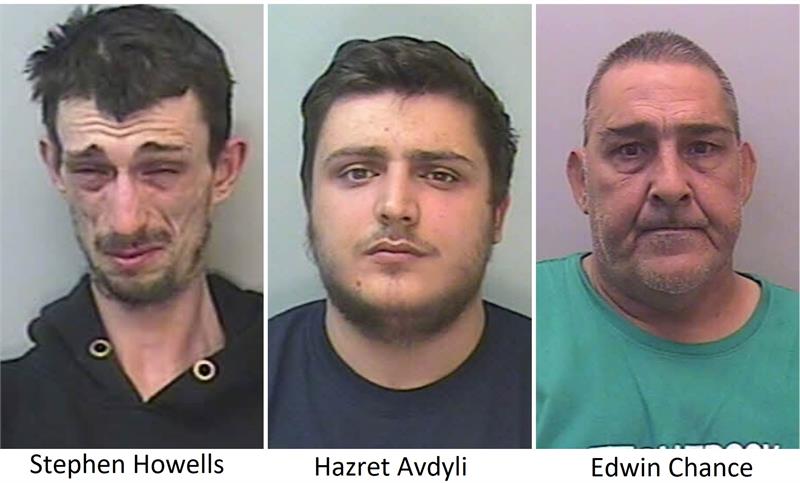 They were supplying in North Devon

A County Lines drugs gang from London have been jailed for supplying crack cocaine and heroin in North Devon.

Intelligence-led Operation Stone was launched to combat an influx of drugs from the capital into Devon between May and September 2017.

The group, known as the ‘Gus’ line, arranged the sales and prices of the drugs from outside of the area before passing delivery details on to local couriers who would complete the transactions.

Hazret Avdyli, aged 22, of Skinner Street, Gillingham, who was identified as ‘Gus’ and personally responsible for running the Gus drugs line, was sentenced on 25 October at Maidstone Crown Court.

He was jailed for six-and-a-half years after pleading guilty to offences of being concerned in the supply of crack cocaine and heroin in the North Devon area between 1 May and 28 September 2017.

Edwin Chance, aged 59, of Mariners Close, Braunton, was jailed for two-and-a-half years for possession with intent to supply crack cocaine and heroin.

Stephen Howells, aged 42, of Oak Road, Okehampton, was sentenced to two years in prison for possession with intent to supply crack cocaine and supplying a controlled Class A drug.

Louise Woolston, aged 20, of Undershaw Road, Bromley, Kent, was handed a two-year prison term, suspended for two years, for possession with intent to supply crack cocaine and heroin. These offences occurred in Devon and Kent.

Stevie Watts, aged 43, of Ebberley Lawn, Barnstaple, was given a community order for allowing a premises to be used for the supply of heroin and crack cocaine.

Ajoun Clayton Jackson, aged 20, of no fixed abode, who was also part of the Gus line, was jailed for two years at Exeter Crown Court in September 2017 for possession with intent to supply heroin and crack cocaine.

Following extensive intelligence work by detectives in North Devon, a number of arrests were made in late 2017 and early 2018 in relation to the County Lines gang.

Detective Constable Andrew Colley, from the North Devon Criminal Investigation Department: “This operation was a joint effort between many teams across the force including, financial investigators, intelligence officers and the force support group. All of whom played a hugely important role on securing these convictions and dismantling the ‘Gus’ drug network and continuing to make Devon a safer place to live.

“During the investigation, over £5,000-worth of Class A drugs was seized, however, more importantly, we also identified a vulnerable child who was sent down to Devon, by Avdyli, to deliver and deal on his behalf.

“They were quickly identified by detectives as a victim of modern-day slavery and the National Referral Mechanism completed to give immediate safeguarding to that child.

“This case should stand as a warning to those who believe Devon is an easy target to set up a drugs line due to its rural nature.

“We are extremely proud that we are one of the safest counties to live in and, regardless of where the drug operator bases themselves in the country, we will go up the chain of command to the root of the problem.”