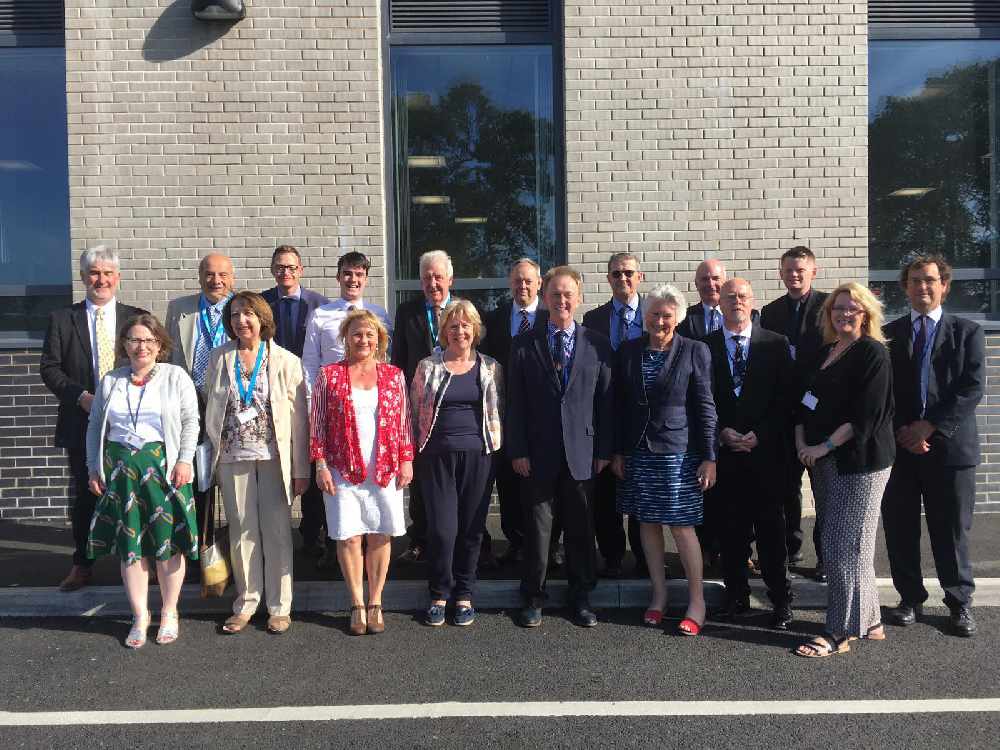 Up against the wall; (some) East Devon independents

It could come straight out of the Monty Python Life of Brian sketchbook. Independent councillors from the ruling Independent Group on East Devon District Council have proven their independence by defecting to a form a new independent group. Their aim is to take control of the council by opposing the Independent Group (although some of them are still in the cabinet). They hope to work with the Democratic Alliance, made up of Greens, Lib Dems and more independents in a different group called East Devon Alliance (motto: 'independents; working for you').

Imagine the conversations in just about all the factions. We're the People's Front of Judea. Not the Judean People's Front! The Popular Front's over there!

It leaves the Independent Group that runs the council with just 10 members, with 24 in the Democratic Alliance, seven in the Independent Progressive Group, and 19 Conservatives.

East Devon's leader Councillor Ben Ingham (Independent, and, for now, leader of the Independent Group) says the decision of councillors to leave his group is "profoundly disappointing" and that "it's a shame that during a time of such turmoil for everyone, this is when two political groups in East Devon have decided to play political games of the highest order to further their own political ambitions".

The only thing some independents dislike more than the Conservatives, it seems, are some other independents.

While the Independent Group retains control for the time being, the coalition of the Independent Progressive Group and the Democratic Alliance totals 31 councillors – and therefore they will have an outright majority of the 60 strong council if they can reach an agreement and stay friends. This means the Tories, who ran East Devon or its equivalent with only minor interruptions from other kinds of conservatives for nearly 200 years, don't have a hope of taking back control, to use a phrase much beloved of their creed. However, if just one of either the Independent Progressive of Democratic Alliance councillors defects from any agreed alliance - or decides they're independent of any other group - their hoped-for coalition falls apart and more battles ensue.

Thank goodness there isn't a pandemic to fight.

In the short term, it is expected that the Independent Progressive Group will form a coalition with the Democratic Alliance to take joint control, but the structure is as yet unclear. The council plans an extraordinary meeting online on Wednesday 27 May, although it is thought voting for the leadership of the council won't take place for a further week.

Cllr Geoff Jung last week left the Independent Group to join the Democratic Alliance, while Cllrs Nick Hookway, Vicky Johns, Tony McCollum, Kathy McLauchlan, Geoff Pratt, Jess Bailey and Megan Armstrong formed the Independent Progressive Group. In a joint statement, the seven said: “We all stood as Independent councillors so that we could make a difference for the people that we represent and feel we will be better able to achieve this by being part of a forward-thinking, more progressive administration.

Three of the defecting councillors – Councillors Jung, Bailey and Armstrong – were part of the nine-strong cabinet in charge of the council - and they haven't been sacked. Cllr Ingham says: “Geoff Jung done a really good job as a portfolio holder. He has undermined the Group, which I am not happy about, but I certainly couldn’t fire him for lack of effort, and at the moment, as leader of the council, when we have a pandemic across the country and district, continuity is very important and that is what the officers need. It is annoying to have these distractions at and I am not convinced that firing three portfolio holders will help.

“I know a number of councillors who left the Independent Group found the work load difficult to cope with, which is why we had decided to work with political parties to form a new administration.

“Our officers at East Devon are under considerable strain to support our communities as it is, without any further distractions, but perhaps no one should expect politicians to behave reasonably nowadays."

Cllr Ingham said that after the meeting over the future leadership and control of the council the cabinet would be reshaped – either by him if he was still the leader, or by a new leader of the council if they were elected.

He added: “If the Democratic Alliance and IPGs finally organise themselves to work together, there will be ample opportunity for them to take control of East Devon District Council in the next few weeks. They seem to have been plotting and scheming this for a long time so they should be able to work it out.

“The Progressive Independent Group, that’s interesting as they not progressive in my definition at all and are quite regressive, as there is a whole load of things they don’t want which is why they split away. But for an independent group, to sign a memorandum within 10 days with three different political parties, I am not sure how independent that is."

So how will East Devon get its critically important work done over the coming months and years? Confused? You will be.