East Devon hit back at amount spent on "gagging" clauses 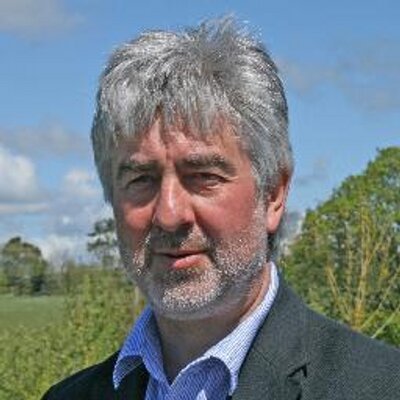 Independent councillors say they were left shocked by the figures and had called for councillor involvement before any tax payers’ cash was spent on the agreements.

Often referred to as ‘gagging clauses’ the settlement agreements are usually agreed when an employee leaves an employer due to redundancy, a work place problem or a disagreement, and prevents either side from speaking out about it.

Cllr Ben Ingham, leader of the Independent Group, at a full council meeting, said that the real fear is that local authorities are using them as gagging clauses to stifle criticism and to stop people speaking out against their former employer.

He added: “In 95 per cent of cases, we understand the use. What I am concerned is about the rogue one and the outlier that gets through where perhaps an individual has been gagged prior to them leaving the council. We want to make sure that under no circumstances does anyone get persuaded to leave the council, induced to do so by money, and to be shut them up for saying something about the council that we don’t want them to say. Are you saying that it has never happened here?

“I believe this council must create and put in place a robust process for dealing with settlement agreements and confidentiality clauses as soon as possible. To date, councillors have not been involved in these agreements so I suggest a robust process for dealing with these must include councillor oversight and accountability whenever it is used.”

Cllr Megan Armstrong questioned whether any of the 10 cases in which the clause had been used preventing genuine whistleblowing taking place, while Cllr Cathy Gardner said that she concerned that they don’t become routine and even by accident, the council doesn’t cover something up.

But Cllr Ian Thomas, leader of the council, said that settlement agreements are common practice in both the public and private sector where employers wish to bring employment to an end.

He said: “The individual has to enter into it willingly and to get legal advice first, and we never use settlement agreements to gag people. In just 10 cases since April 2014, the council has used them when both the organisation and the individual wished to bring employment to an end. That is just 2.47 per cent of all leavers in that period.”

He added that most would have been used where employees have been dealing with health issues and to relieve the pressure of work hanging over them while dealing with them, adding: “They are a pragmatic solution and helpful for the individual as well. I believe there is a robust process in place and members shouldn’t be taking a case by case view.”

Henry Gordon-Lennox, the council’s monitoring officer, added: “There is member involvement if the payments are over £100,000, and we do have employment policies for the use of these agreements. The ten cases have been mainly in sickness or serious illness cases.”

He added that the cost of running an employment tribunal case might in some cases even cost more than just any payment to employee, so the council would save money by not going through the tribunal stage.

Cllr Mike Allen added: “There are usually used in situations where it is a delicate discussion and a great deal of compassion is involved. Normally they are used in cases of ill health, and where it takes a while for them to realise that their ill health means they have to leave work, and it makes the process easier if they take a settlement.

“All bits of money is used very carefully and for the best reason and they do work and frequently to the benefit of the person who is leaving. I don’t think bringing each case towards a committee where it has to be discussed and will be embarrassing to people will be of any benefit to anyone at all.”

Cllr Steve Gazzard added: “They are not gagging clauses and shouldn’t be called as such. The majority are used for duty of care for the employees.”

The motion calling for a more robust process to be put in place for dealing with them which should include member oversight was lost.