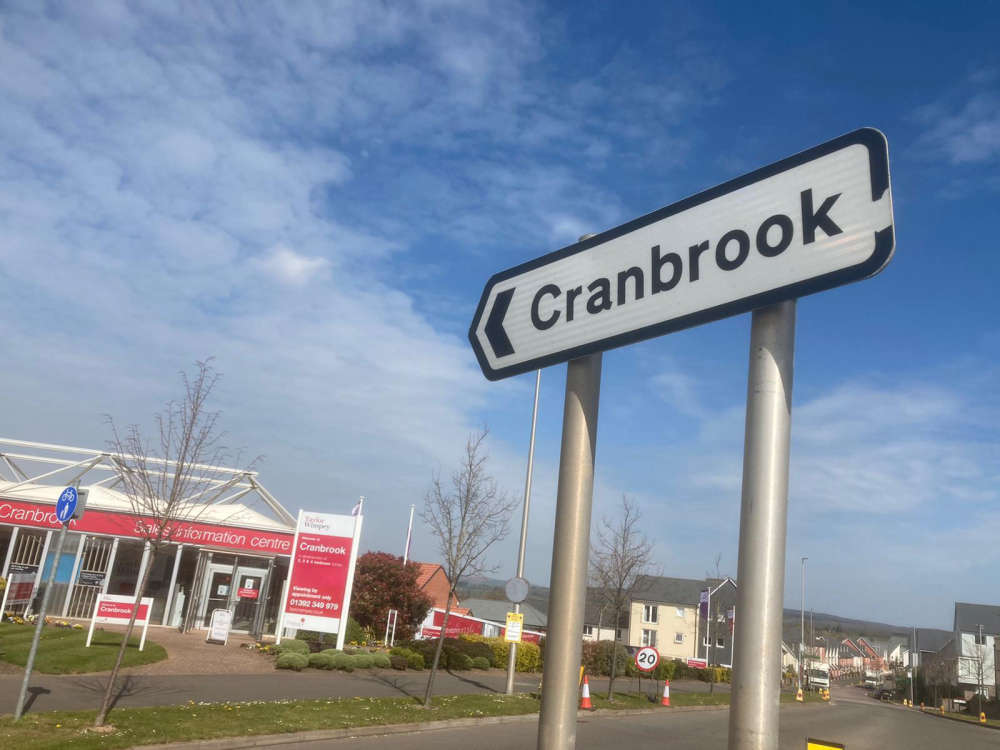 East Devon Council cabinet has made an in-principle agreement to borrow up to £40 million to help developers build much-needed infrastructure in Cranbrook.

It follows a vote by the council’s strategic planning committee last month to the possibility of the loan from the Public Works Loan Board, which is run by the treasury. A meeting of the full council must now decide whether to rubber-stamp the decision when it next meets.

Officers admit that the loan is high risk, but say any dangers are outweighed by  potential problems in not creating the infrastructure that East Devon needs to meet its housing obligations.

It was a view echoed by Councillor Kevin Blakely (Cranbrook Voice, Cranbrook) at the cabinet meeting. He said: “Cranbrook can’t really expand in a managed way without this", adding that without the expansion “all hell will break loose. The alternatives are almost unthinkable.”

Cabinet member Councillor Jack Rowland, portfolio holder for finance (Democratic Alliance Group, Seaton), said: “I see this very much as an investment for the future. It is desperately needed.”

Councillor Paul Arnott (Democratic Alliance Group), who is leader of East Devon District Council, said: “The cabinet meeting was an important opportunity to review progress and to consider what we need to be doing moving forward alongside our partners, to support the town as it continues to grow to an expected population of nearly 20,000 people.

“The original vision for Cranbrook was as a freestanding new community which was supported by its own facilities.  This new fund will help to ensure that critical infrastructure is provided at the earliest opportunity and that the growing population is supported by improved facilities and services.  We also considered how these can be provided in a financially sustainable way over the long term.”

Speaking after the meeting, Councillor Colin Brown (Dunkeswell and Otterhead), leader of the Conservative group said it giving Cranbrook a town centre is a priority. But he added a note of caution: "If £40 million is to be spent, it must be scrutinised and not frittered away on expensive non-essential buildings, and we must make sure it is not to be at the detriment of the taxpayers of East Devon."

The money would be used as a ‘revolving’ infrastructure fund – essentially a loan that’s loaned out again. The council would lend the money to developers who might otherwise be put off by high-interest repayments if they sought loans independently.

They would then invest in improving Cranbrook’s infrastructure as the town grows – whilst saving themselves around £8 million.

If the loan gets the go-ahead, the council plans to get its money back on a ‘roof tax’ basis - in essence a repayment for every new home sold because of the new infrastructure. If the revolving infrastructure fund is successful the council would recover all the money it loans.

A report on the financial implications will be presented to the council before any final vote.

Cranbrook's construction started just over 10 years ago. At present, the town has around 2,500 homes and almost 6,000 residents. It is expected this figure will rise to 8,000 homes and 20,000 residents once complete.