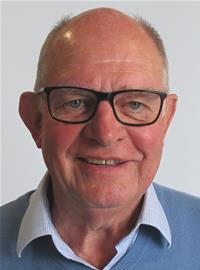 Having failed to gain leadership

When local elections came midway through the parliamentary Brexit debacle of 2019, voters in East Devon took the opportunity to tell the ruling Conservatives, who had led the council since pre-historic times, to metaphorically sling their hook. Just 19 Tories were voted onto East Devon District Council last year, putting them in the minority, and bringing the opportunity for a fresh start under control of independent councillors. A year on, the independent who led the council, Ben Ingham, a former Tory, was dethroned by other independents and a replaced with a new independent.

Now Conservative councillors are complaining about the distraction caused by the leadership change.

Leader of the Tories on the council, Andrew Moulding, says: "As Conservatives, we are focusing all our efforts to help reduce the impact of the virus in East Devon, supporting members of our community. I'm incredibly disappointed that various factions' members, elected to EDDC, think it's a good idea to change leadership of the council for no obvious reason, during the Covid-19 crisis. My added concern is that this is not for the good of the people in East Devon or their best interests, but merely to satisfy their personal ambition."

Although he doesn't say this bit in the East Devon Tory statement issued on Sunday, the Tories have less than a third of the seats. The leadership group formed last week has cobbled together an alliance of 31 councillors to take control, but Councillor Moulding is worried that other groups on the council "have no experience of council leadership," - the logical conclusion being that elections are pretty much a waste of time, as, up until last year, only Conservatives ran the council.

Councillor Moulding says he understands why the electorate gave the Tories "a bloody nose" last year, "largely and overwhelmingly as a protest against Brexit delays."

In the week that the Conservative government is recalling MPs to parliament and abandoning electronic voting in the House of Commons, the Conservative group on East Devon Council is also urging all councillors to postpone non-urgent meetings, possibly until May 2021.