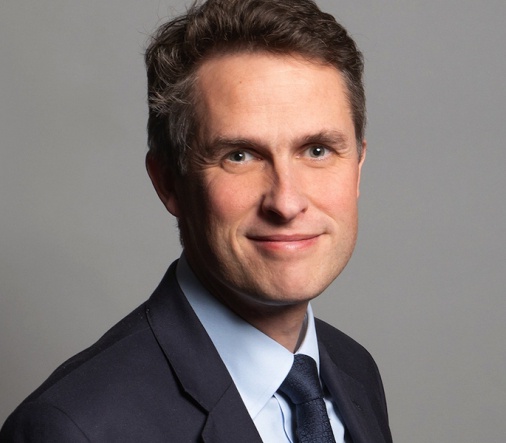 Write 100 times "I must reply to Devon's letter"

Education secretary Gavin Williamson has failed to respond to Devon’s calls to him to encourage schools to capture the voice of children and young people and their responses to the Black Lives Matter movement.

Devon County Council in October voted for a motion to write to the secretary of state to encourage him to ensure that schools allow students to see themselves reflected and reflect on how they challenge persisting racist ideas.

But four months later, the council heard that Mr Williamson hadn’t responded to the letter, let alone enacted any of the requests made.

Cllr James McInnes, cabinet member for education, said that it was very disappointing that a response from the secretary of state has not been received, but regardless of this, in Devon they have moved forward the educational aspects that they can influence.

Cllr Claire Wright said: “Does the cabinet member think it is acceptable for ministers to ignore Devon County Council on such an important subject, and given that racist hate crime had increased and the minister has ignored the motion, will you continue to press for the answer on this issue?”

Cllr McInnes replied: “It is disappointing that a response from the secretary of state has not been received but regardless of this in Devon we have moved forward the educational aspects in line with the motion agreed at council. We have already contacted the department for a reply and a reminder, so it is important we do get a reply.

“But we need to look at what we are doing in Devon and we are being proactive and taking it seriously.

“In addition to the work already in place before the council meeting, education teams and schools have been developing their curriculum to challenge historic and persisting racist ideas & celebrate the diversity in Devon, increasing awareness and sensitivity to what racism looks like in Devon and how we can all challenge racism and ensuring that race equality policies are shared (and updated) regularly by schools, parents, children.

“We have also been appealing to school’s pragmatic motives and their principled motives and equipping all young people with an appropriate education, free from racist myths and to provide a safe and affirming educational experience for minority ethnic pupils.

“Additionally, we have eight bi-lingual support workers who have been incredibly active during the lockdown, supporting children and families and providing support in accessing the curriculum and even the school itself.”

In the letter sent to Gavin Williamson secretary of state for education, Cllr McInnes, on behalf of the council, had said: “The point of my letter is to ask you if the Government will also take action nationally and urge schools to capture the voice of children and young people and their responses to the Black Lives Matter movement, ensure that the school environment and curriculum allows all students to see themselves reflected and included and reflect on how they challenge historic and persisting racist ideas and how they celebrate diversity.

“My council believes these actions would certainly help to develop a more understanding and inclusive society that promotes racial equality for everyone.”