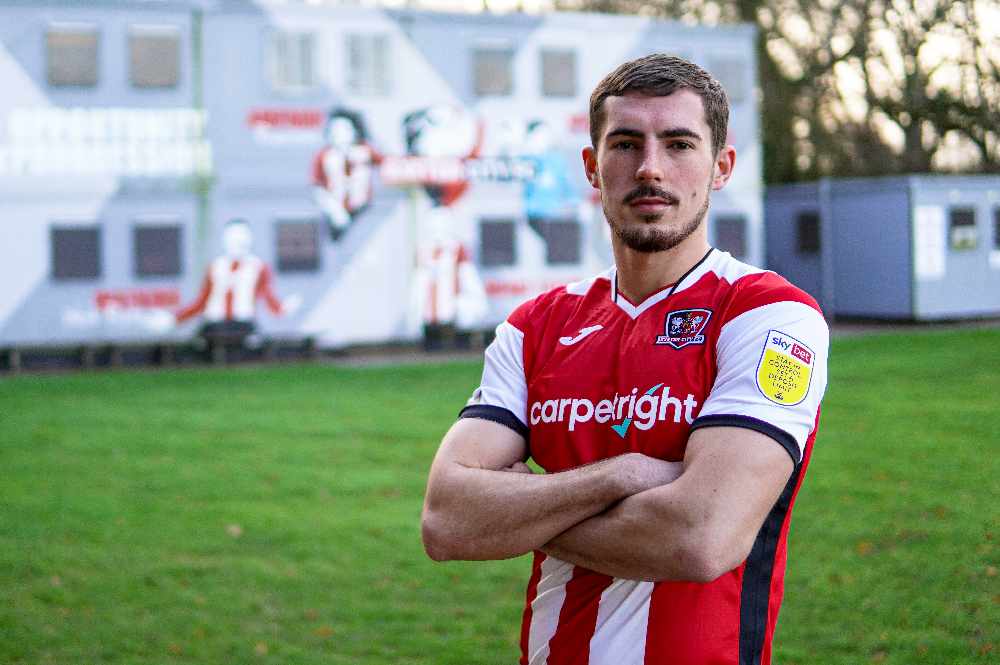 Exeter City have signed centre back Sam Stubbs from League One side Fleetwood Town.

The 22-year-old, Exeter's first signing this year, joins on a two and a half year deal - and he comes to St James Park with a wealth of experience across the Football League, Scottish Premiership and Dutch Eredivisie.

Stubbs, who will wear the number five shirt, is a versatile right-footed player - and the son of former Everton, Bolton and Celtic player, Alan Stubbs.

Stubbs says he's delighted to sign for the Grecians, who are currently fighting for promotion. “This is really exciting for me and I’m really happy,' he said.

"There is a lot about Exeter that made me join the club. The biggest thing for me is that they were interested in me for a while and they are really good at developing players.

“I can guarantee I will do absolutely everything for the club, for the manager and my team mates. I just love playing football and ultimately what I want to do is move up the leagues with Exeter City. I love to defend and get my head on it, blocking shots and crosses.”

Matt Taylor added: “Sam is a player we have been interested in for a long time and I had an excellent recommendation from George Friend at Middlesbrough.

“He is a character and an old school centre half which is something you don’t often get in such a young body. He became available and we wanted to move. We are looking to build the team around him.

“I am certain we will see his value in the next month or so when he is ready to play. We have 25 games left this season and he will be really important in that period."