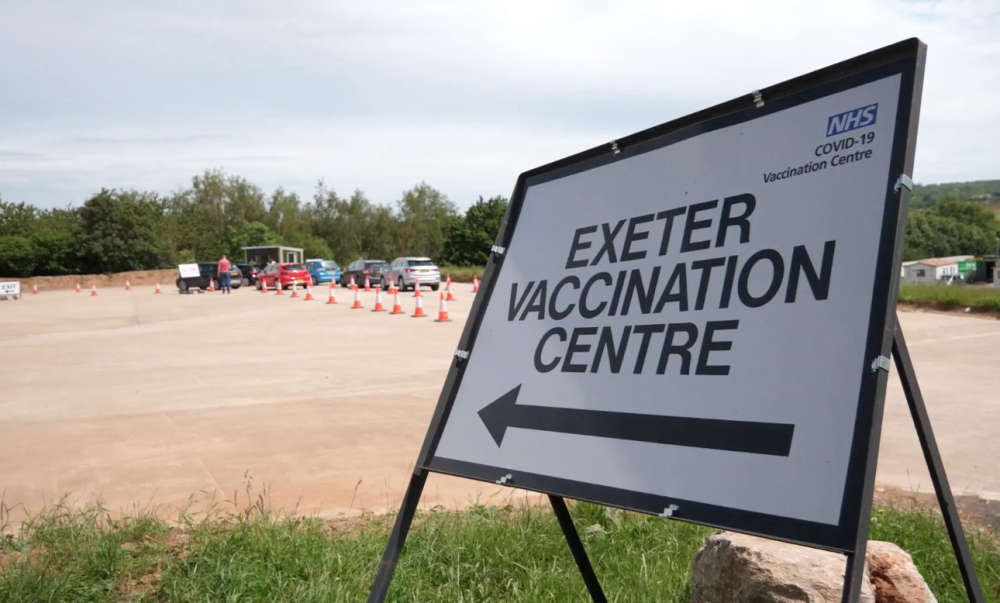 The Exeter vaccination centre in Woodbury Salterton will remain in place until at least the end of the year, following decisions by the government and East Devon District Council (EDDC).

The vaccine hub at Greendale Business park was built to help with the county’s vaccination effort by the park’s owners, F W S Carter & Sons, which has business ventures around East Devon.

The building was opened last May in place of Exeter’s first mass vaccination centre at Westpoint.

The centre provides first and second does as well as booster jabs. It is thought that if fourth covid jabs are needed, it would be preferable for vaccinations to take place at large hubs such as Greendale to take the pressure off of doctors’ surgeries.

Woodbury and Lympstone councillor Ben Ingham (Conservative) said there was no way the council would have permitted the building before 2020 “but then a pandemic comes along and you realise that you really don’t know what tomorrow brings and you have to accommodate.”

Councillor Geoff Jung (Independent East Devon Alliance, Democratic Alliance Group), who also represents Woodbury and Lympstone said: “It is vital to the covid-19 emergency measures and I thank the staff members of Greendale for delivering this facility so quickly.

Councillor Eileen Wragg (Liberal Democrats, Exmouth Town, Democratic Alliance Group) said: “It is so important to have these centres. I had Omicron last week – not very pleasant at all.

“I would like to offer thanks on behalf of everyone for all the marvellous work the volunteers have done. It’s been invaluable.”

In 2020 the government passed emergency legislation to commission buildings to help in the fight against the pandemic. As a result, the Greendale vaccination centre did not require planning permission from the council. In early January, the government extended the development right for the building until the end of 2022.

This meant that planning permission from EDDC was, once again, not required. Nevertheless, the proposal went to the council’s planning committee because the applicant had submitted the plans before the government’s announcement. Regardless, EDDC voted unanimously in approval of the centre.

After 31 December this year, the applicant will need to renew its permissions or knock down the centre within twelve months.