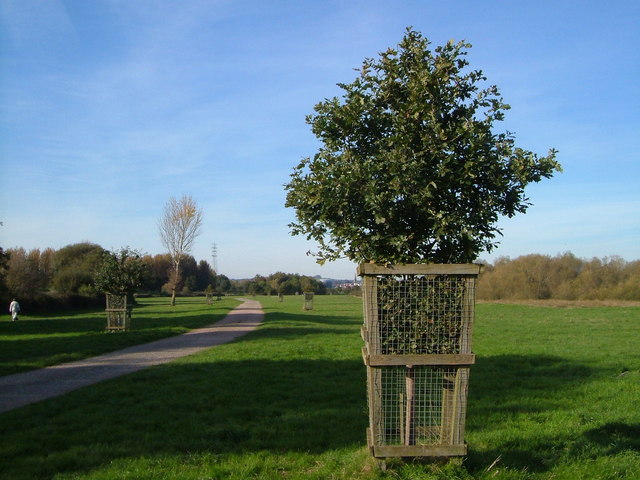 An Exeter man has been robbed and threatened with a 12-inch wooden knife whilst out running in one of the city's beauty spots.

The jogger, who's in his forties, was attacked at around 7.05am on Friday 12 June in the area known as Bramham’s Farm Playing Field, or River Valley Park. He was with his dog on a footpath next to a wooded area behind Water Lane when a man stepped out and demanded his phone and wallet.

When he refused, the suspect produced a wooden weapon described as a martial training knife. A struggle ensued before the suspect fled the scene.

He's white, aged between 30 and 40, around 5ft 10in tall, and of medium build with long ‘straggly’ dark-coloured hair. He had a stubble beard and was wearing a brown Belstaff-type coat with a belt and two large pockets on the chest and two on the waist. The suspect was also wearing a black leather jacket with fur-trimmed collar underneath, brown gloves, blue jeans and white trainers.

It is believed he suffered an injury to this right arm during the struggle.

Anyone with information is urged to contact police by calling 101, or emailing 101@dc.police.uk, quoting crime reference CR/046764/20.

Information can also be passed anonymously to independent charity Crimestoppers by calling 0800 555111, or via www.crimestoppers-uk.org