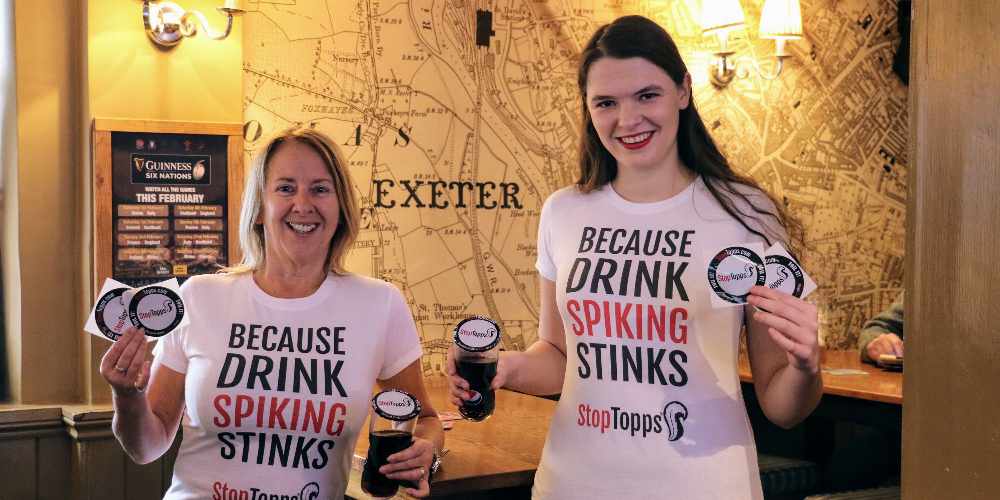 Even Miss Devon has been spiked

More than a hundred drink-spiking cases have been reported to police over a three-year period, leading to an Exeter-based non-profit company to take action. They're making protective drinks lids to reduce the risk.

Clara George, who's recently been crowned Miss Devon for a second time, is the face of the 'StopTopps' campaign. The Exeter University graduate who now runs her own marketing business has been a victim of drink spiking herself.

StopTopps is led by Dawn Dines, a Devon-based campaigner and social entrepreneur. As part of the collaboration, the two women are running  workshops across Devon, talking to young people about the dangers of drink spiking and giving them practical advice to help them protect themselves.

The data from 22 out of 43 police forces and the British Transport Police revealed that approximately 10% of victims [of drink spiking] were under 18. Incidents of drink spiking in under 18s have doubled from 32 in 2015 to 71 in 2018 - and between January and September 2019, 68 cases had already been recorded, suggesting the total figure for 2019 is set to hit a five-year high.

Ms George said: “I have been a victim of drink spiking myself and feel very passionately about their cause. I think StopTopps is a fantastic idea and I am delighted to be able to help spread the word and get the lids out to people across the region. I will particularly be working with young, vulnerable people, helping educate them about keeping themselves safe when drinking.”

More information can be found at stoptopps.com