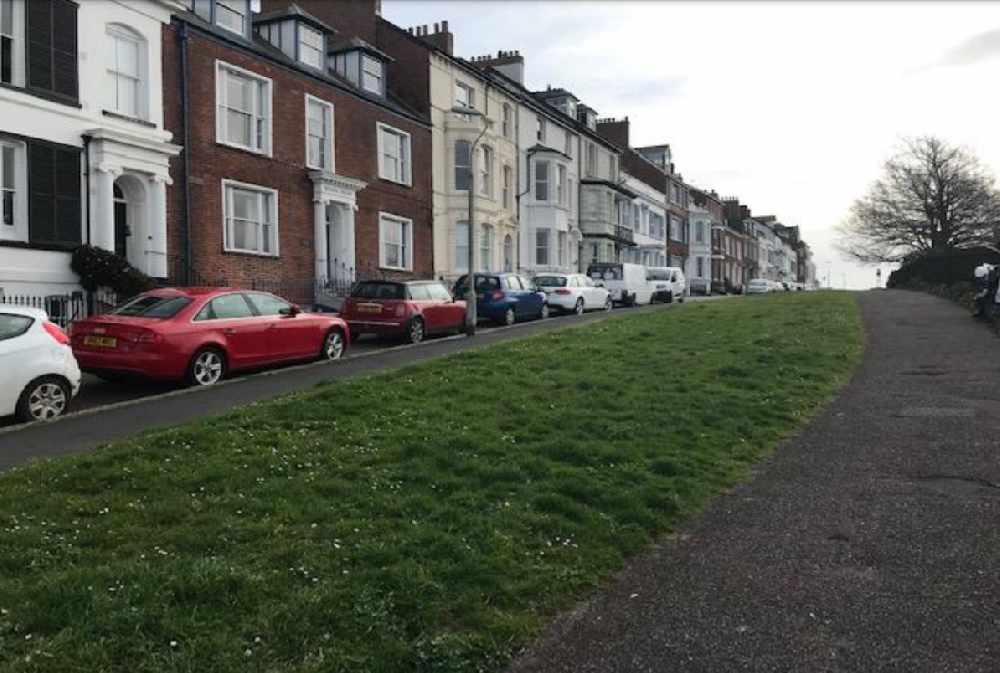 Councillors have chucked out ‘utterly ridiculous’ plans to allow land to be used as outdoor space for a hotel.

Plans had been put forward by East Devon District Council to use a small area of green space ‘adjacent’ to the Manor Hotel on the Beacon in Exmouth for tables and chairs.

It would have provided an external dining area for the hotel with 12 tables and up to 24 chairs.

But councillors on East Devon’s planning committee slammed the scheme for which there was no policy support in the Local Plan, say would ‘ruin the summer’ for local residents, and have a ‘risk to life’ with waiters having to cross the road and walk up the hill to get behind the hotel and the green space.

Opposing the scheme, local resident Mark Myer said that there was no support for the proposal which was "misguided and inappropriate," while fellow resident Graham Hurley added: “It is a treasured public space and offers peace and quiet and wonderful views, but there could be noise and antisocial behavior every night all summer. There is no regard to neighbors, history, public interest and practicalities of running the site,” while Cllr Tim Dumper, from Exmouth town council, added: “Support for business cannot mean neglecting all other considerations.”

Recommending refusal, Cllr Olly Davey said: “This is tricky as we are keen to support local businesses and the Manor have no outdoor space, but we have to consider the impact on other people, and in this case, there will be a bit of impact on local residents.

“There are definitely practical difficulties to this and with people sitting out and eating and drinking, I would have strenuous objections as well if I lived there. Other pubs don’t have outdoor space and they will have to grit their teeth and hold onto May 17, and the amenity of local residents outweighs the advantage to business so I recommend refusal.”

Cllr Joe Whibley added: “The biggest issue is the practicality of it and I cannot see how it will work with potentially endangering life crossing the road and the distance between the hotel and the area, so none of it makes any sense as to how it will be useful. We do need to promote business in these difficult times, but you cannot override all of the other considerations.”

Cllr David Key said it was ‘utterly ridiculous’ to think you could get 12 tables and 24 chairs on the undulating piece of land, while Cllr Bruce de Saram said that the British weather could be a problem, while Cllr Tony Woodward added: “This will be ruining the summer of residents.”

Nick Christo, from EDDC Streetscene, had said that it intended to assist in business recovery and help them get back on their feet, and development manager Chris Rose, in his recommendation of approval, had said while there would be concerns about the granting of application given the sensitive nature of the site and location close to residents, the proposal would facilitate a temporary external seating area for patrons of The Manor Hotel to meet the current social distancing requirements and a short term temporary consent would support a local business in times of crisis.

But councillors unanimously, on the grounds it would harm the amenity of local residents and have a harmful vision impact on the conservation area, rejected the proposal.